CAA-NRC new source of tension with India; should be sorted out, says former Bangladesh diplomat 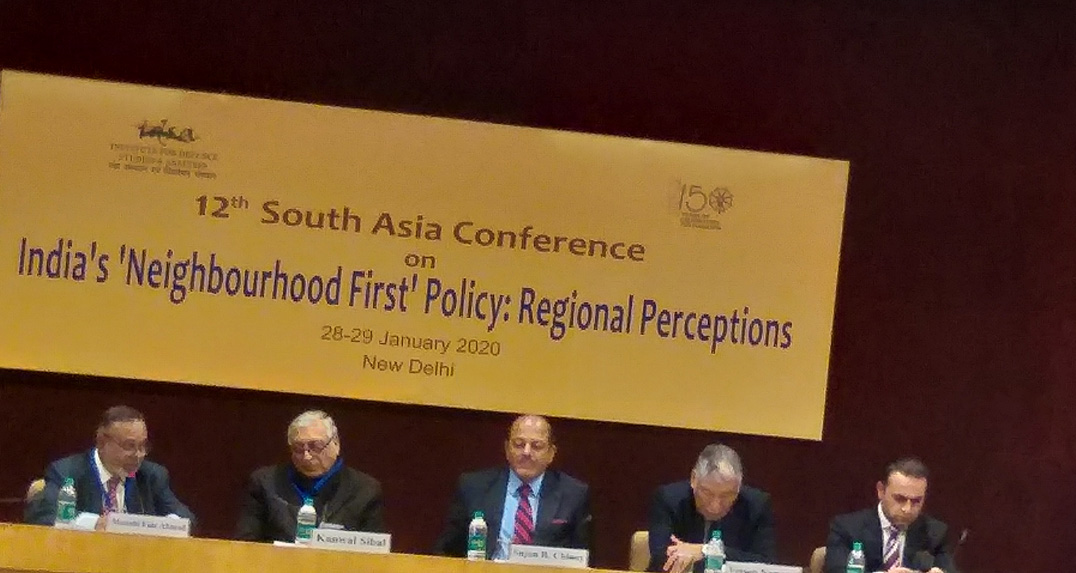 New Delhi: A very senior former diplomat of Bangladesh and also former chairman of a leading government think tank of his country Ambassador Munshi Faiz Ahmad on Tuesday described the controversial Citizenship Amendment Act(CAA) and the National Register of Citizens(NRC) and as a new source of tension between the two neighbours that have the ”best of relations”.

He expressed concern over the ”less than friendly pronouncements from senoior Indian ministers and leaders” on the CAA-NRC, but also noted that there were lot of voices inside India that shared Bangladesh’s concern.

Ambassador Ahmad, who has headed the prestigious Government think tank Bangladesh Institute of International and Strategic Studies, Dhaka’, was speaking at a seminar on ‘India’s Neighbourhood First Policy: Regional Perceptions’ organised by the Indian Institute of Defence Studies and Analysis here.

He said people from Bangladesh were brought to Assam even before partition to work in tea gardens to boost the economy of the state, and that way migrations have helped the countries.

The former diplomat regreted that ”now people were being pushed away”, and underscored that creating hatred and division among the people will not help either of the countries.

He urged the leaders of the two sides sit down and sort out the issue in the interest of ”best of relations that exist between India and Bangladesh.”

He also expressed concern over Bangladeshi people getting killed by the BSF on the border, which he termed as another major source of tension between the two countries.

Ahmad, a former ambassador to China, also urged India not to be ”hyper sensitive” to Chinese influence in Bangladesh, which he said was creating problem.

Though the two countries were very friendly neighbours, but still there was some trust deficit, so India should take the lead in removing it, and other countries should also do due deligence, he said, adding that India should not be seen as hinderance to neighbours cultivating diverse relationships.

He also asserted that that the paranoia about China was based on a myth.”I dont think that Beijing poses a threat to its neighbours outside South China Sea.

However, Ahmad’s views on China were hotly contested by Ditector General of IDSA Ambassador Sujan R Chenoy and former foreign secretary Kanwal Sibal. Amb Chenoy said India was not paranoid about China and it itself was seeking good relations with Beijing. China had grown very largely in every respect, and there was no transparency about its intentions, so it should engage India and other neighbours about its expanding influence like in the Indian Ocean, and about CPEC which has not happened.

Sibal also said that it would be very simplicistic to conclude that China had benign intentions. ”Our concern is the increasing Chinese infulence in the Bay of Bengal,” he said, adding that instead of India being hyper sensitive, it was China that was hyper-paranid about Tibet, Taiwan, Article 370.

Former Afghan Ambassador to India Shaida Mohammad Abdali and Bhutan’s envoy to India General Vetsop Namgyel were among the distinguished panelist in the first session of the seminar held as part of the the 12th South Asia Conference which was earlier inaugurated by Defence Minister Rajnath Singh.

The Institute for Defence Studies and Analyses has been holding the annual since 2007. The event brings together policy makers, academics, and professionals from the South Asian region to discuss issues of common interest.