Patna: VIP President Mukesh Sahani on Tuesday launched the campaign for the upcoming bypoll to Bihar’s Bochahan (reserved) Assembly seat even as he figures high on the target list of NDA’s top leadership, especially BJP, for contesting against it in Uttar Pradesh and spoke out against Chief Minister Yogi Adityanath.

Sahani, after the result of Uttar Pradesh Assembly election where the BJP romped back to power, had met Chief Minister Nitish Kumar and JD-U parliamentary board President Upendra Kushwaha for a patch-up with the BJP. However, sources have said that BJP is not in the mood to talk to Sahani at the moment.

Adding further to the tension is that the BJP has given ticket to Beby Kumari to contest the Bochahan bypoll despite Sahani saying that the seat belongs to his VIP as sitting MLA Musafir Paswan, whose demise necessitated the bypoll, was from his party.

The BJP did not even consider Musafir Paswan’s son Amar Paswan, who was keen on contesting. Hence, he has joined the RJD, which has given him its ticket.

“We have started the campaign for Bochahan Assembly seat on Tuesday and sent 70 bike-borne election campaigners in the constituency having 35 panchayats. I have already started the journey for Bochahan and will be present in the nomination of our party’s candidate Geeta Devi on Wednesday. I will stay there till the end of the voting in the constituency and will win the election again,” he said.

“We have only one agenda of reservation for Nishadh and most backward class people of the state. Today, we have 3 MLAs, tomorrow it will be 40, and then 124 one day. Then, I would address all issues of the state,” Sahani added.

On the situation of Sahani and VIP, RJD leader Tejashwi Yadav said: “The BJP and Nitish Kumar have a track record of demolishing the structure of other political parties if they make an alliance with them.” (IANS)

‘Yes, we are slaves of Gandhi-Nehru family’: Advisor to Raj CM says in Assembly 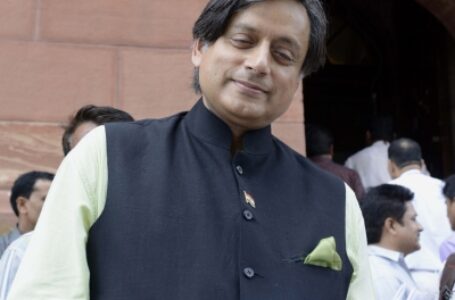