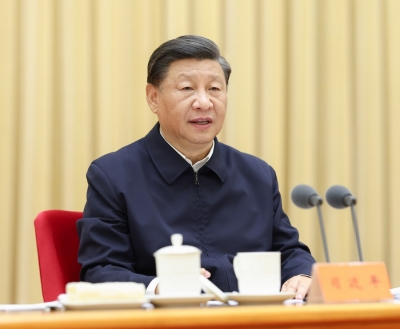 Reports of tension between the two countries over Taiwan had emerged after US House of Representatives Speaker Nancy Pelosi visited the self-governing island earlier this month.

It was the first such visit by a US House Speaker in 25 years, as Pelosi’s aim was to show support for Taiwan, which Beijing considers its own territory.

Kurt Campbell, White House Coordinator for Indo-Pacific, told the media that Biden and Xi had discussed a possible in-person meeting during their recent call, however, “nothing more in terms of location details is available at this point of time”.

He also indicated that the situation in Taiwan would continue to be a source of concern for the US, warning that China was using Pelosi’s visit as an excuse to “launch an intense pressure campaign against Taiwan”, which is “expected to continue in the coming weeks and months”.

“The goal of this operation is clear – to intimidate and force Taiwan and undermine its resilience,” the official said.

If Xi travels to Southeast Asia in November, it will be his first international trip in nearly three years after the outbreak of the Covid-19 pandemic. The visit is expected to come after the National Congress of the Chinese Communist Party where Xi will look to secure his third term as leader.

Xi is scheduled to attend the G20, a two-day summit of leaders of a group of 20 economies, in Indonesia on November 15, and then travel to Bangkok, two days later, to attend the Asia-Pacific Economic Cooperation Forum.

According to reports, preparations are still in the early stages and plans could change, with Xi and Biden likely to meet on the sidelines of one of the two summits.

While warning each other about the destabilising acts regarding Taiwan, they also discussed the value of meeting face-to-face, asking their teams to find “a mutually agreed time to do so”, a senior US administration official said.

Meanwhile, Campbell on Friday called China’s launching of dozens of warships with missiles in the waters surrounding Taiwan in reaction to Pelosi’s visit an “overreaction”.

“Even today, many warships remain around Taiwan,” he said.

The official added that the US will continue to take “calm and firm steps” to maintain peace and stability in the region, said the officer.