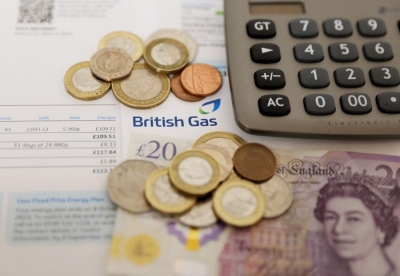 London, Aug 4: The UK will collapse into a year-long recession by the end of 2022 — its longest since the 2008 financial crisis and as deep as the one in the 1990s — with inflation peaking at more than 13 per cent stoked by the soaring price of gas and fuel this winter, the Bank of England revealed in a doomsday warning, a media report said.

Britain’s big squeeze also got even worse after the Bank of England raised interest rates by 0.5 per cent to 1.75 per cent – the highest single rise since 1997 – adding 1,000 pounds a year or more to the average non-fixed mortgage in a new ‘world of pain’ for homeowners, Daily Mail reported.

Food, fuel, gas and numerous other items are rocketing in price following the pandemic and the war in Ukraine – hitting record levels – but some economists have claimed that the BofE has been too slow to act as Britain careers towards recession. Governor Andrew Bailey today blamed ‘the actions of Russia’ overwhelmingly for the economic crisis and the ‘energy shock’, Daily Mail reported.

Energy prices will push the economy into a five-quarter recession – with the gross domestic product (GDP) shrinking each quarter in 2023 and falling as much as 2.1 per cent. ‘Growth thereafter is very weak by historical standards,’ the Bank said on Thursday, predicting there would be zero or little growth until after 2025.

The dire economic conditions will see real household incomes drop for two years in a row, the first time this has happened since records began in the 1960s. They will drop by 1.5 per cent this year and 2.25 per cent, wiping out any wage rises.