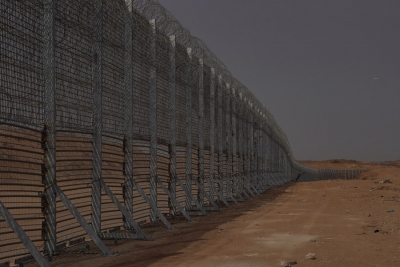 Tel Aviv: Israel has started building a 4.6-km-long wall around the Gaza Strip to protect Israeli communities in its vicinity from fire from the coastal Palestinian enclave, the Defence Ministry here said.

“Work has begun on a security corridor project adjacent to the Gaza Strip, with the aim of concealing roads to allow residents to drive around safely in times of emergency without fear of counterfire from the Gaza Strip,” Xinhua news agency quoted the Ministry as saying in a statement on Thursday.

The wall is being built along two highways near Gaza.

Bicycle lanes will also be constructed as part of the project, according to the Ministry.

“The project will enable the residents to live a normal life during a security escalation,” Elad Cohen, the project manager at Netivei Israel, a government-owned roads company that builds parts of the wall, was quoted as saying in the statement.

The Ministry estimates that the wall will be completed by the summer of 2023.

Israel has already built on-ground and underground barriers to prevent Palestinians in Gaza from entering the Jewish state.

However, during clashes, militants in Gaza often fire rockets and gunfire at Israel’s southern communities.
IANS

Evacuations ordered in California due to deadly storm