Liu Xia had been under house arrest since 2010 when her late husband was awarded the top peace prize while serving his sentence for “anti-China” activities.

He died of cancer in 2017, becoming the first Nobel Peace Prize winner in custody since German pacifist Carl von Ossietzky in 1938.

Liu Xia took a plane to Berlin at 11 a.m., family friends said. She has never been charged with any crime but said in May that she was ready to die in protest over her continued detention.

The Chinese Foreign Ministry, which was cagey about the details and reasons for freeing Liu Xia, said the 57-year-old poet left for Germany for treatment of her own volition.

“I should say Liu Xia travelled to Germany for medical treatment in accordance with her own will,” Ministry spokesperson Hua Chunying said.

He died of liver cancer in 2017 and his ashes were scattered at sea.

Liu Xia is said to have suffered from depression after spending years under heavy surveillance. The development came three days before the anniversary of her husband’s death.

Chinese authorities earlier maintained that the dissident’s widow was a free citizen but she faced restrictions on her movements and had been kept under surveillance.

Patrick Poon, China Researcher at the human rights group Amnesty International, said it was “wonderful news that Liu Xia was finally free and that her persecution and illegal detention at the hands of the Chinese authorities came to an end”.

He added: “The Chinese authorities tried to silence her, but she stood tall for human rights.” Amnesty further called for an end to the harassment of Liu Xia’s family who remained in China.
(IANS)

Military escalation in Syria as last straw for millions: UN

Damascus:  The military escalation in northern Syria will be "the last straw for millions of people grappling with dire humanitarian conditions" in the war-torn Arab nation, the UN Office for...

China tells US not to ‘interfere’ in its relations with India

Washington: China has told the US "to not interfere" in its relations with India, according to a report by the US department of defense, which was followed shortly by claims...

Jerusalem : Israel has announced that its navy successfully launched a long-range missile from a warship to intercept a cruise missile in a test. During the test on Wednesday, the...

China warns US not to interfere with its relationship with India: Report

Washington: A Pentagon report revealed that China has warned the US not to interfere with Beijing's relationship with India. Throughout the 2020-2021 standoff in the Galwan Valley in Ladakh, Chinese...

Tanks on streets of China rekindles fears of Tiananmen Square

London: Several military tanks have rolled through the streets of China as Chinese officials ramp up their crackdown against demonstrators who are protesting against Xi Jinpings disastrous zero-Covid policy, sccording...

London: UK Prime Minister Rishi Sunak said that the so-called "golden era" of relations with China is over as "we need to evolve our approach" towards Beijing. He made the... 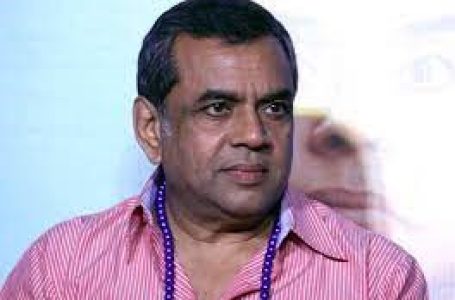