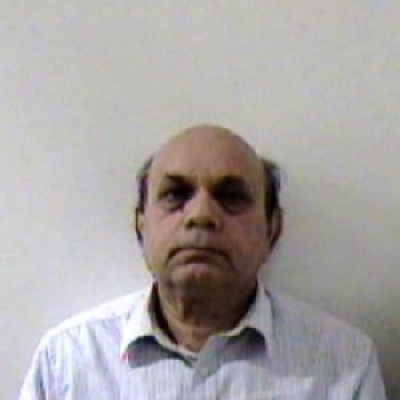 London:A former Indian-origin family doctor in the UK has lost a bid to challenge his 12-year jail sentence for committing sexual offences against women patients between 1983 and 2018.

Krishna Singh, 73, from North Lanarkshire, Scotland, was convicted earlier this year of 54 offences, involving 47 women, including a rape victim, teenagers and pregnant women.

Singh’s lawyers had sought to challenge the sentence but permission for an appeal to proceed was not granted by a judge.

“The court is not satisfied there are exceptional circumstances justifying the extension sought,” a judge at the Court of Appeal in Edinburgh said on Wednesday.

The appeal judge said that Singh was convicted of a prolonged course of sexual offences against patients which had “a devastating impact on many of the victims”, the Glasgow Times reported.

He added that the proposed note of appeal against the sentence imposed on Singh did not disclose grounds that were arguable.

Singh, who was awarded an MBE in 2013, had denied the charges that he was a “sexual predator hiding in plain sight”.

“You abused this position to carry out unnecessary physical examinations of a sexual nature including examinations without a chaperone and in circumstances where there were no clinical justifications for your actions.

“You undermined the standing of the medical profession and eroded the trust of the female patients,” Lord Armstrong told Singh while delivering the verdict.Detectives from Police Scotland began an investigation into Singh after a woman came forward in 2018 to report him.

He was subsequently arrested and charged in April 2018.

“Krishna Singh was a doctor, and in a position of trust, at the time he carried out this sexual abuse. His predatory behaviour was appalling for a man in his position,” Detective Inspector Stephen Morris, of the Specialist Crime Division, had said.

A hearing date has now been set by the Medical Practitioners Tribunal Service (MPTS) for January 4 which will finish two days later.

According to media reports, a hearing date has now been set on January 4 by the Medical Practitioners Tribunal Service, which will take decisions on Singh’s medical licence and practice.

Washington: US lawmaker Andy Biggs has introduced a bill in the House of Representatives that seeks to terminate Pakistan's designation as a major non-NATO ally, and require annual certification from...