Decision on Army chief based on merit despite ‘immense pressure’: Pak PM

Islamabad: Pakistan Prime Minister Shehbaz Sharif on Thursday broke his silence on the names he had advised President Arif Alvi to formalise as the next Chief of Army Staff (COAS)...

Bucharest:  Border police in western Romania found 26 migrants from Syria and Turkey trying to leave for the Schengen area in a truck containing hydrochloric acid canisters. The truck...

Will crush attempts to topple govt with protests with military power: SL President

Colombo:  Sri Lanka President Ranil Wickremesinghe warned on Wednesday that any attempt to topple the government through an anti-government protest or 'Aragalaya' would be crushed using military power and Emergency...

Washington: At least 10 people were killed when a gunman opened fire at a Walmart in Chesapeake located in the US state of Virginia, police said on Wednesday. According to Chesapeake...

Ankara: A strong earthquake measuring 5.9 on the Richter scale struck western Turkey near the town of Duzce on Wednesday, injuring at least 55 people, authorities said. According to the national... 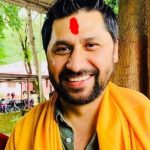 Kathmandu: The National Independent Party, or Rastriya Swatantra Party (RSP), led by TV host-turned politician Rabi Lamichhane, is emerging as a new political force in Nepal following the federal and...

Ankara: German Interior Minister Nancy Faeser expressed her solidarity solidarity with Turkey in the latter's fight against terrorism, but stressing that it "must be carried out in accordance with the...

Sharif sentenced to 10 years for graft, daughter gets 7