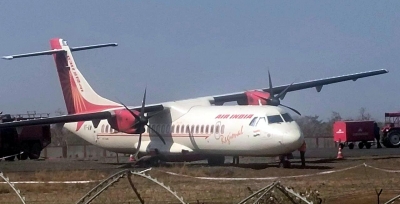 Chennai :Tata group’s Air India plans to expand its fleet in a couple of year’s time.

The proposed new aluminium birds will be a mix of narrow and wide bodied from the two manufacturers, Airbus and Boeing, media reports said.

It will be interesting to see how the Tata Group finances the fleet expansion.

It is also said that Air India has asked its pilots if they want to get trained in flying A350, which means the airline plans to induct the same in its fleet for long haul flights.

However, Air India officials were not available to comment.

The Tata Group acquired Air India from the Indian government last year. The group already has Vistara and Air Asia under its fold. IANS