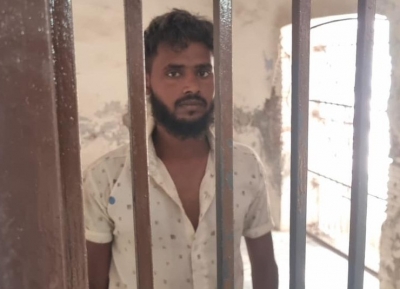 Bulandshahr: A man, who had announced his support in a video clip to Aftab Ameen Poonawala, the main accused in the murder of Shraddha Walkar, has been arrested.

Vikas Kumar had made the remarks while talking to a Youtuber in New Delhi. In the interview, he had wrongly identified himself as Rashid Khan and defended Aftab’s act.

Bulandshahr Senior Superintendent of Police Shlok Kumar said that a police team was pressed into action to trace the accused man after a video of the interview was widely shared on social media.

“A person claiming to be Rashid Khan made an objectionable comment. He has been taken into custody,” the SSP said.

Walkar’s live-in partner Aftab Poonawala was arrested on November 12 after the police said that he confessed to killing her and chopping her body into several pieces. He then threw the body parts at different places in Delhi over several days, the police said.