US sanctions: Iran says India should have acted independently like China on oil imports 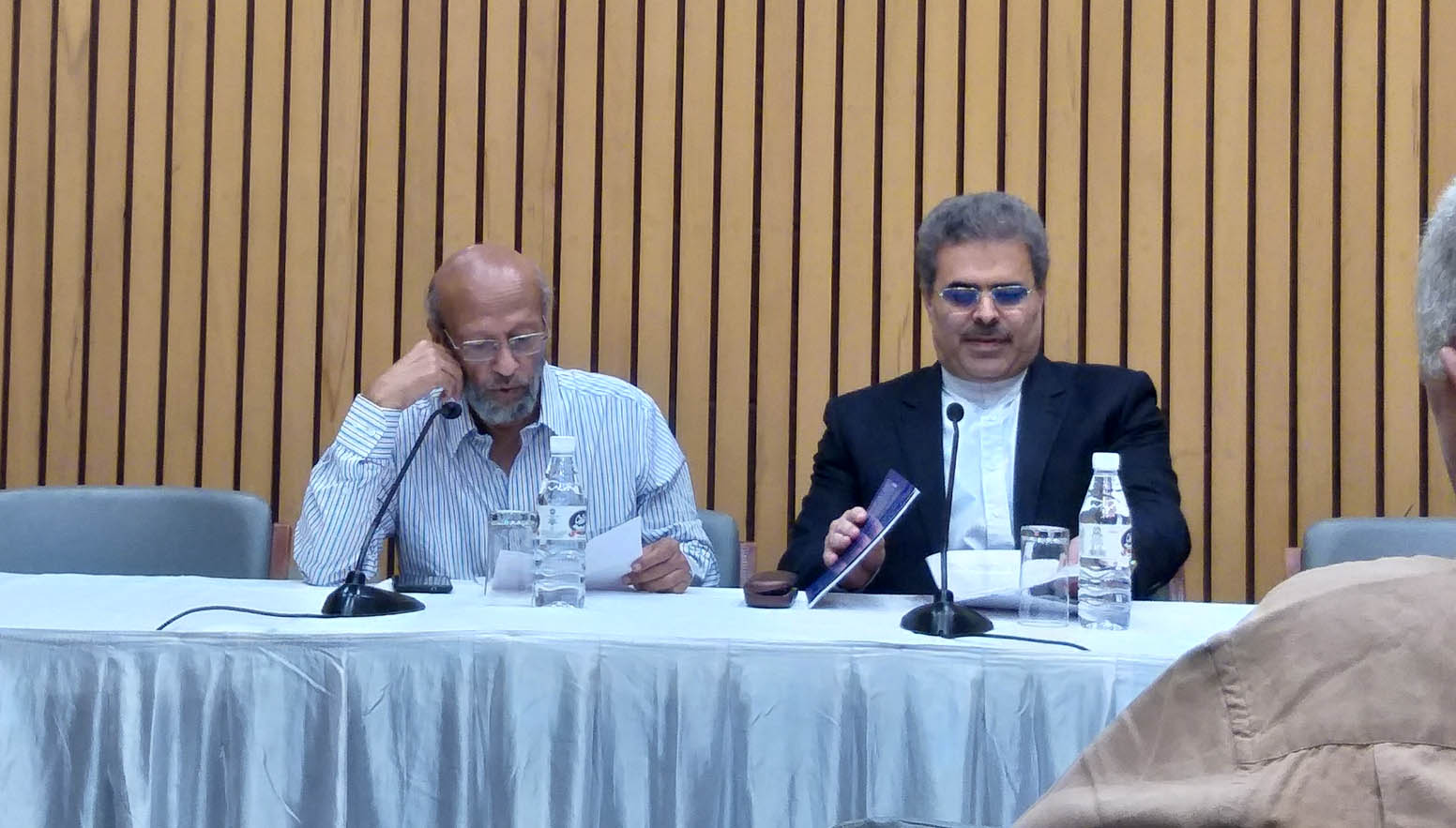 Iran’s Ambassador Ali Chegini at an interaction with members of the Indian Association of Foreign Affairs Correspondents(AIFAC)  in New Delhi .

New Delhi: Citing the example of China, Iran’s Ambassador to India Ali Chegini has urged New Delhi to take an independent line in national interest to avail of the opportunities in the oil and Gas sector in his country.

It was now no secret that India had stopped importing oil from Iran because of what it says its own national interest, but there were others including China, Russia, and Turkey, who have kept up their energy engagement with Iran, so it was for India to decide what was in its real interest, Chegini said

The sanctions imposed on Iran are not from the UN, but the US, and that’s why China was not adhering to that and had agreed to invest 280 billion dollars in Iran’s oil, gas and petrochemical sectors, the Ambassador said in an interaction with members of the Indian Association of Foreign Affairs Correspondents(AIFAC)  here on Monday.

”We are ready to have the same agreement with india as with China, with India, maybe even more than that,” Chegini said.

Pointing out to the adverse effect of India’s boycott move on bilateral trade, the envoy said that if there were no oil payments due from India, how could Iran buy from India.

If India wants energy security, it should prefer Iran as a dependable supplier,” the envoy said.   “We love the Indian people. But we cannot force somebody to love us. The Government of India has to decide according to its national interest. Just as the Chinese have,” he added.

These remarks were Iran government’s first first public comments about India’s decision to fall in line with U.S. sanctions.

Indian’s crude oil imports from Iran came to a halt on May 2 after the US sanctions came into effect. Though it says it only follows only UN sanctions, it has bowed the US sanctions as they target public and private companies doing business with Iran.

The Ambassador said India had the option of trading in local currencies to pay for oil that it buys from Iran, or it can go for barter trade in which Tehran will buy goods from India in return for the oil that its exports without paying anything.

The Chabahar port will provide India a gateway to landlocked Afghanistan and Central Asia bypassing Pakistan.

The Iranian envoy also said that since there was delay in India’s plans to build a railway line
connecting Chabahar port to the Afghan border at Zahedan, Tehran had decided to complete the railroad through its own resources by 2021. Moreover, Iran was in discussion for an LNG pipeline to China along the China-Pakistan Economic Corridor (CPEC), as there was also doubt over India’s interest in LNG
imports from Iran.