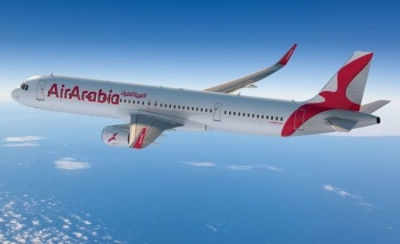 Chennai : A Sharjah-bound Air Arabia flight was grounded in Coimbatore on Monday after two eagles hit the left engine of the aircraft just before take off.

The flight was taxing through the runway when the birds hit the engine.

All 164 passengers were alighted from the plane and of the two eagles, one died after hitting the engine blade.

On an average, there are three bird hits on aircraft taking off from Coimbatore but this is for the first time that all the passengers were alighted from the aircraft to check the damages inflicted to the plane in the last seven years.

The height of the grass is maintained at a minimal level as birds generally use it as a breeding ground.

Sources in the Coimbatore Airport told IANS that dumping waste near the airport has been strictly banned as birds usually reach dumping sites.

Coimbatore airport authorities are planning to implement more bird control measures and research institutions have been deployed to study the menace.
IANS