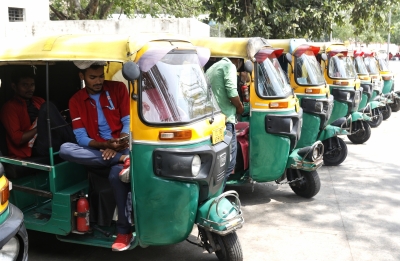 New Delhi: The Delhi government on Wednesday notified the revised fare for auto rickshaws and taxis in the city.

The last revision in the auto rickshaw fares happened in 2020 while that for taxis, including black and yellow Taxis, economy taxis and premium taxis, happened nine years back in 2013.

Delhi Transport Minister Kailash Gahlot had received many representations from the Auto Rickshaw and Taxi associations and unions on this issue. Considering the need, a committee of 13 members was formed in May 2022 to review and recommend the fare in the wake of the increasing rate of CNG, cost and maintenance of auto rickshaws and taxis, and various other issues affecting the net earnings of their drivers.

The committee recommended revising the fare for taxis which was then reviewed and now notified by the Kejriwal government.

Gahlot said: “Delhi government has continuously worked for the citizens of the city. The drivers of autos and taxis have been incurring high expenses due to hikes in CNG prices in last few months. The new fares will help them to cope with the rising CNG prices. I would like to ensure all the drivers that Kejriwal government is standing with them and will keep supporting them with the best possible manner.”