J&K: Attacks on the rise, Centre to deploy 18 CRPF companies in Rajouri, Poonch 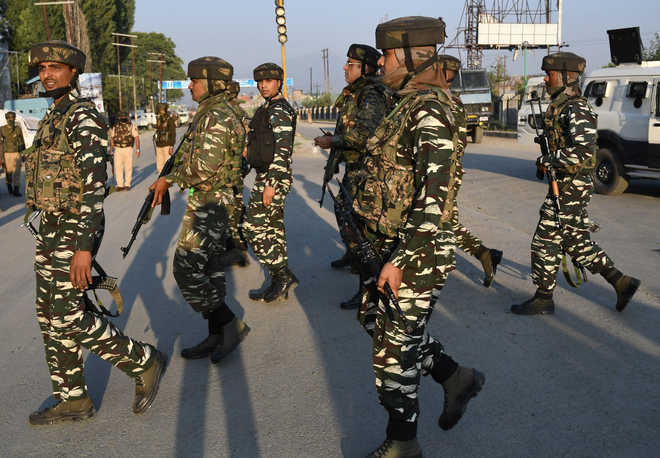 The Central Reserve Police Force (CRPF) would send an additional 18 companies to Poonch and Rajouri in the wake of growing number of terror attacks in the two districts.

The decision was prompted by a recent directive issued by the Ministry of Home Affairs in response to intelligence of a terror strike in the Jammu region, as per the sources, ANI reported.

Following attacks on the minority community, the demand for enhancing security has grown. ”CRPF companies in numbers are being deployed for strengthening security in Rajouri and Poonch districts,” an officer said. The additional 1,800 troops will be deployed largely in the two districts to intensify anti-terror operations in the region. Nine companies have already reached Rajouri and the remaining troops will reach by tonight, according to Hindustan Times.

Two children were killed and six people were injured in an IED explosion on Monday near the house of one of the victims in Dangri village, reported Delhi Excelsior, quoting an officer privy to the development. Residents accused police of lapses and said the terrorists planted the IED but they missed it during the search operation. On Sunday evening, terrorists opened fire on three houses of a minority community in the area in Rajouri district killing four civilians and injuring six.

Lieutenant governor Manoj Sinha visited Dhangri on Monday and paid ₹10 lakh compensation and jobs for the kin of those killed and ₹1 lakh each to the 15 people who were injured in the attacks, reported HT. “This is a very painful and unfortunate incident. It is the Centre’s and J&K government’s resolve to wipe out terrorism. Though deaths cannot be compensated for, I assure every possible help to the families of those killed. We have given full freedom to the security forces and I want to assure the people the perpetrators of this attack will be punished soon,” he said.