Schools have been closed and offices are not functioning in Sri Lanka because of the acute fuel crisis the country is facing, a fallout of what Prime Minister Ranil Wickremesinghe said was the country’s complete economic collapse.
“Our economy has faced a complete collapse,” said Wickremesinghe, appointed just last month by President Gotabaya Rajapaksa as Premier to tackle the country’s unprecedented economic crisis, caused by a combination of political mismanagement and Covid-19 pandemic-related fall in revenues and foreign exchange. The resultant severe crisis in the energy sector has forced closure of all regular services.
Yet, in the midst of this acute crisis, hundreds of Sri Lankans are protesting in Colombo against “cronyism” of a supposedly “dubious” deal between Rajapaksa and Indian Prime Minister Narendra Modi, to award a 500 MW wind energy project in Mannar to the Adani group.
Protests erupted in Colombo against the Sri Lankan government’s decision to give Adani Enterprises the Mannar renewable energy project. Citizens protested what they alleged was a “dubious” deal between Modi and Rajapaksa, conducted in a non-transparent and illegal way, so that Adani did not have to go through a competitive bidding process. Apparently, the Sri Lanka Parliament passed an amendment to the Electricity Act to facilitate the Adani deal without any bidding for the Mannar project.

Ceylon Electricity Board (CEB) chairman MMC Ferdinando, in a deposition earlier this month explaining recent alterations to the country’s Electricity laws before the Sri Lankan Committee on Public Enterprises, made the claim about the “pressure” from Modi to Rajapaksa to accommodate Adani. He resigned from his post shortly after a tweet from President Rajapaksa refuted the claim of “undue” favouritism in awarding the project “to any specific person or entity”.

A besieged Rajapaksa, under immense political and social pressure for his acute mismanagement of Sri Lanka’s economy leading to its collapse, and desperate to remain in power, vehemently denied the allegations but, despite the official’s resignation, the damage has been done and is being sought to be controlled. Indian government again finds itself in an unsavoury foreign policy controversy, with no explanations forthcoming. Even the Ministry of External Affairs, quick to thwart any negative commentary, has remained scrupulously silent on the matter.

An Indian delegation led by Foreign Secretary Vinay Kwatra was in Colombo last week to see how India could further assist Sri Lanka in this crisis. India has, already in 2022, extended US$ 3.5 billion in support to Sri Lanka, through currency swap arrangements, deferral of a US$ 0.5 billion loan and as liberal lines of credit for the island nation as part of its financial assistance to help the Indian Ocean nation deal with its economic crisis and finance essential imports. A further $500 million in fuel aid has been assured, making India, despite China’s deep pockets, emerge as Sri Lanka’s largest donor during this extreme crisis.

A grateful Rajapaksa government, once considered close to Beijing, had opted to award a power project in March to the Gujarat-headquartered Gautam Adani-headed company. However, an undercurrent of anger against India harboured by a section of the Sri Lankan polity, including leading opposition figure Sajith Premadasa, erupted when Ferdinando claimed that Modi had ”pressurised” Rajapaksa to award a renewable energy (wind power) project in northern Mannar district to Adani, seen as very close to the ruling Indian BJP establishment.

Last year, too, the Sri Lankan cabinet awarded the West Coast Terminal development project to India and Japan, for which India had “nominated” Adani Ports to jointly develop the Colombo West International Container Terminal (CWICT) at Colombo Port, strategically located on one of the busiest shipping routes in the world. The deal was reportedly a “compromise,” agreed upon to keep India invested in the island nation in need of funds. It remains unclear how the Adani group was nominated for the project, without due process, but it improved the tenor of bilateral tensions between Colombo and New Delhi, slightly tilting the scales from China in India’s favour.

The Adani Group, Sri Lankan Ministers have said, was the Indian government’s “nominee” in both cases, indicating there was no competitive bidding process.
Soon after the controversy over Ferdinando’s claims erupted, interestingly, the Chinese and American Ambassadors in Colombo met to work out how best they could help Sri Lanka emerge from its financial crisis. Chinese Ambassador Qi Zhenhong met his US counterpart Julie Chung to discuss how they could regain their relevance in the public discourse there.

India’s immediate and almost unconditional grants of aid to Sri Lanka when it faced its worst financial crisis ever has been a wise policy decision to help it regain some of the primacy it had lost out to China in the region. However, with the controversy over the award of the Mannar project to the Adani group, China will be looking to see how it can get back into favour again in the corridors of Sri Lanka’s government even though most of the financially ruinous infrastructure projects undertaken by the Mahinda Rajapaksa government between 2009 and 2014 were of Chinese origin, significantly contributing to Sri Lanka’s current financial and debt crisis.

India has been lauded by both the government and large sections of the Sri Lankan public for being the “only” friend which has stood by them. Hopefully, the unsavoury protests against the government’s “cronyism” should not harm India’s reputation or hinder the recent upswing in India’s ties with strategically vital neighbour Sri Lanka. – INDIA NEWS STREAM

Rahul’s Yatra: A Step on the Political Road!

Notwithstanding the apparent success of Rahul Gandhi’s “Bharat Jodo Yatra,” a tough road still lies ahead for him and his party. His yatra’s success can be judged by it having...

New Delhi : The year is young and, in my view, we’re still entitled to a bit of fun. No doubt in the remaining 357 days events will overwhelm us... 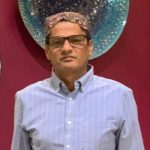 Chennai:  Zafar Sahito, the founder and Chief Organiser of Jeay Sindh Freedom Movement, who is in exile in the United States, has been engaged in a relentless fight for the... 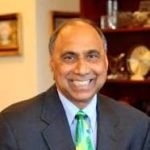