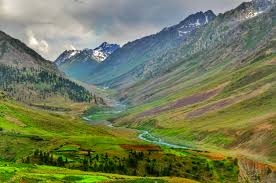 New Delhi: Despite a Parliament resolution claiming all of Kashmir as its territory and rhetoric from ministers and even the Army Chief after the August 5, 2019 abrogation of Article 370, about reclaiming the territory of Pakistan-Occupied Kashmir (POK), the reality is that India has almost lost its bid to do so.

Although, as Defence Minister Rajnath Singh asserted in Parliament, India is “very serious about issues of sovereignty” and the country is prepared for “all contingencies” to maintain its sovereign territory, the Indian government has long ignored and allowed a valuable portion of that territorial sovereignty to slip out of its grasp.

While the focus in recent tensions with China have been on Ladakh and other areas along the Line of Actual Control (LAC) with China, the fact is that the erstwhile Northern Areas of Gilgit Baltistan (G-B), part of the state of Jammu & Kashmir (J&K), have all but been lost to Pakistan, which has also brought in China to consolidate its hold over POK.

Gilgit Baltistan, which borders Pakistan’s Khyber Pakhtunkhwa province to the west, Afghanistan’s Wakhan Corridor to the north, China’s Xinjiang region to the east and J&K to the southeast, across the Line of Control, is where three nuclear-powered nations converge.

For India, control over G-B would be ideal, from the vantage security point of view. Till quite recently, residents of this area claimed they owed allegiance to India, while some actually claimed to be Indian. However, despite continuing popular unrest in G-B against Pakistani rule, as a result of which the elections scheduled to be held there on August 18, 2020 have been postponed, India’s efforts to assert its claim over all of J&K have run into trouble, with Pakistan bringing in China to consolidate its hold over G-B.

According to political sources in G-B, the situation has deteriorated there in the last one year after the Indian government’s move to abrogate Article 370 and revoke Kashmir’s special status.

“Unfortunately, India’s move has significantly swayed the public opinion in G-B farther away from favouring potential integration of G-B with India. However, that hasn’t necessarily turned the tide in favour of Pakistan either, contrary to what Pakistan had wished for,” a source told this writer.

“The Pakistani government has aggressively tried to turn India’s revocation of Kashmir’s special status to its own advantage. Pakistan has charged its secret service agencies and local political facilitators to press for a provincial status for G-B. Apparently, the number of people who now seek integration of G-B with Pakistan is on the rise. This is clearly an unwanted side-effect of Indian government’s revocation of Kashmir’s special status, and has caused an irreversible blow to the nationalist movement in G-B,” the source said.

“Additionally, China has further consolidated its presence in G-B (both in the form of civil construction workers and additional security personnel to protect those workers) in the last year. The net effect of India’s move is that it has introduced a greater uncertainty to the future status of G-B,” the source told this writer.

Abdul Hameed Khan, chairman of the Balawaristan National Front (BNF), a political organization that actively highlighted the plight of the G-B people across national and international platforms, returned from exile in Canada in February 2019 after assurances of safety from the Imran Khan government. However, he was arrested on arrival and is confined somewhere near Gilgit.

At a press conference on September 12,  AH Khan, widely known to be sympathetic to self-rule for G-B, or even alignment with India, gave anti-India statements before being removed from public view. Given his popularity among people of the region, he is unlikely to be released from captivity before elections in G-B, thereby depriving India of probably its last chance to retain a toe-hold there.

After holding Khan in “illegal captivity” for over 18 months, Pakistani authorities have published his “confessional statements,” implicating Indian agencies and accepting that his own efforts were misguided, the sources said. Most statements point to tell-tale signs of coercion.

“Pakistani intelligence networks have repeated the same coercive practice used to destroy their opponents’ reputations. The statements portray a man completely at odds with himself, given that he had stood for a legitimate political struggle for over 30 years. Somehow, Mr. Khan has been depicted as suddenly waking up to a new reality where only Pakistan, and not India, is the sole protector of human rights for the people of the entire J&K region, including G-B. Pakistan has again succeeded in destroying another long standing rights movement that was steadily raising global awareness about the persistent denial of basic human rights, about political oppression, indiscriminate environmental exploitation, and illegal occupation under the Pakistani state,” the sources said.

AH Khan’s release has been delayed most likely because of Pakistan’s election plans in G-B, the sources said. Pakistan’s secret service has tried to make him personally announce complete dissociation from his past nationalist principles. Indications are that Pakistan’s top military officials in Gilgit are extremely unhappy with the lack of any remorse shown by him for his prior stand and freedom struggle movement against Pakistan,” sources said.

Additionally, Pakistan’s award of the contract to construct the Diamer-Bhasha dam in G-B to a Chinese state-run company, China Power, with China funding most project costs of US$5.8 billion and providing 17,000 workers, probably affiliated to the People’s Liberation Army, will allow Beijing to greatly expand its physical presence there. The China-built Karakoram highway first brought forced demographic changes to the region, and the presence of Han Chinese in G-B is widely resented there.

India has consistently opposed construction of the Diamer-Bhasha dam not only because it falls within territory India claims as its own but, if constructed, the dam could cause crippling water shortages in Ladakh. The Diamer Bhasha, on the River Indus in northern G-B bordering China, will be 272m high, hold 8 million acre feet of water and generate 4,500 mw of power. Such massive construction work in an ecologically fragile and earthquake-prone region could have catastrophic consequences, Pakistani experts and the World Bank have warned, ever since the proposal was first raised in the 1960s. Thousands of rare, millennia-old Buddhist rock carvings face the threat of extinction.

According to Senge Sering, Director of the Institute for Gilgit-Baltistan in Washington, New Delhi has done little to develop contacts with the region that has been a seat of learning for Hinduism and from where Buddhism spread across India, Central Asia and China.

Former Ambassador Satinder K Lambah said, “Though India considers the region of Gilgit-Baltistan a legal and constitutional part of Jammu and Kashmir, illegally occupied by Pakistan since 1947, the fact remains that it is one of the most neglected areas of South Asia.”

With India – China military tensions already high in eastern Ladakh, the situation in G-B will create additional problems for India’s military. It would appear that despite best Indian efforts to integrate J&K with the rest of India, what remains beyond the Line of Control (LoC) with Pakistan remains a distant, near-unreachable dream.

(The writer is a senior journalist)