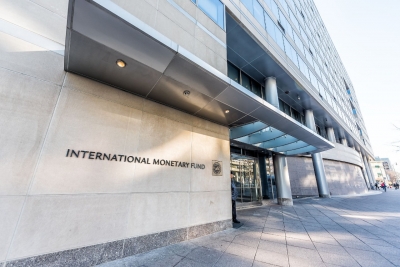 New Delhi:  Even as the world economy is looking at recessionary trends owing to the prevailing global headwinds and fluid geopolitical situation due to the prolonging Russia-Ukraine conflict, the International Monetary Fund (IMF) has shown optimism about the Indian economy, suggesting that real GDP is expected to grow at 6.8 per cent in the current fiscal while in 2023-24 it is estimated to grow at 6.1 per cent.

On November 28, the executive board of the IMF concluded the Article IV consultation with India, where it noted that the “Indian economy has rebounded from the deep pandemic-related downturn.”

It said: “Real GDP grew by 8.7 per cent in 2021-22, bringing total output above pre-pandemic levels. Growth has continued this fiscal year, supported by a recovery in the labour market and increasing credit to the private sector.”

The Indian government’s policies, according to the international body, are addressing new economic headwinds. “These include inflation pressures, tighter global financial conditions, the fallout from the war in Ukraine and associated sanctions on Russia, and significantly slower growth in China and advanced economies,” the IMF noted.

“The authorities have responded with fiscal policy measures to support vulnerable groups and to mitigate the impact of high commodity prices on inflation. Monetary policy accommodation has been gradually withdrawn and the main policy rate has been increased by 190 basis points so far in 2022,” it added.

Elaborating on India’s growth trajectory, the IMF said: “Growth is expected to moderate reflecting the less favourable outlook and tighter financial conditions. Real GDP is projected to grow at 6.8 per cent and 6.1 per cent in 2022-23 and 2023-24 respectively.”

“Reflecting broad-based price pressures, inflation is projected at 6.9 per cent in 2022-2023 and is expected to moderate only gradually over the next year. The current account deficit is expected to increase to 3.5 per cent of GDP in 2022-23 as a result of both higher commodity prices and strengthening import demand.”

Uncertainty around the outlook is high, with risks tilted to the downside. A sharp global growth slowdown in the near term would affect India through trade and financial channels. Intensifying spillovers from the war in Ukraine can cause disruptions in the global food and energy markets, with significant impact on India.

On the upside, however, successful implementation of wide-ranging reforms or greater than expected dividends from the remarkable advances in digitalization could increase India’s medium-term growth potential.

The IMF executive directors concurred during the deliberations that Indian government has appropriately responded to post-pandemic economic shocks with fiscal policy measures to support vulnerable groups and with front-loaded monetary policy tightening to address elevated inflation.

They generally noted that while public debt sustainability risks have increased, these risks are mitigated given the debt characteristics.

The directors encouraged a more ambitious and well-communicated medium-term fiscal consolidation, anchored on stronger revenue mobilization and further improvement in expenditure efficiency, while high-quality spending on infrastructure, education and health is protected.

The directors noted that additional monetary policy tightening should be carefully calibrated and clearly communicated to balance inflationary objectives and impact on economic activity.IANS

Piyush Goyal mocks ‘mini’ trade deal with US, concedes no FTA on offer

Washington: Union Commerce and Industry Minister Piyush Goyal said that India was not interested any longer in the "mini" trade deal that was once under discussion with former US President...

Shilpa Shetty to make a killing in Mamaearth IPO

New Delhi, Jan 9 (IANS) Angel investors, including Bollywood actress Shilpa Shetty, stand to make a killing in the forthcoming IPO of Mamaearth as the company is being valued at Rs...

More than 40% complaints received by RBI were on digital payment modes: Report

India may have role in diplomacy to end Russia-Ukraine war: US State Dept spokesman