Strict action will be taken against those indulging in unlawful conversion: Uttarakhand CM 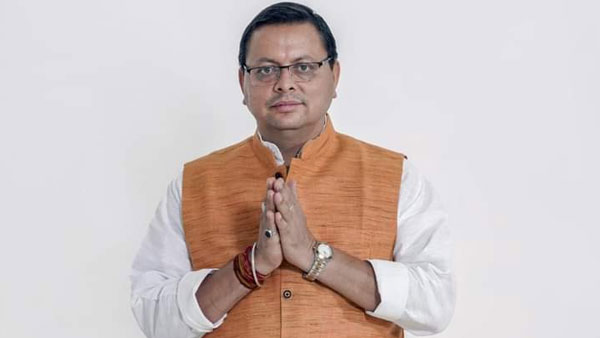 In the backdrop of the Saturday’s incident, the CM reportedly said that strong action will be taken against those involved in ‘forced conversion” and added that the government has brought the Freedom of Religion (Amendment) Act to deal sternly with people who indulge in forceful conversions.

‘Conversion of people from Nepal’

The attack on Christian community occurred on Friday Sub Divisional Magistrate (SDM), Purola, Jitendra Kumar said. “Villagers have complained of collective conversion at a programme in the area. We have information that there was also a minor clash between the villagers and the programme’s organisers. The matter is being investigated,” he said. Following the incident, the Hindu outfits on Saturday also held a demonstration at the SDM’s office, alleging that Christian missionaries are converting people from Nepal coming to Uttarkashi to work by offering them allurements. They also submitted a memorandum addressed to the Governor Gurmit Singh, demanding action.

As per a report published on NDTV, a mob of at least 30 young men armed with sticks attacked a Christmas celebration event in Purola village in Uttarakhand’s Uttarkashi district on Friday, alleging that forced religious conversions were underway in the programme. The men claimed to belong to a Hindu organisation and targeted Pastor Lazarus Cornelius and his wife Sushma Cornelius. The police detained the Pastor and his wife over allegations of forced conversions but later released them, saying the matter had been amicably resolved.

The attack at Hope and Life Centre in the village, which is around 150 km from state capital Dehradun, took place around noon two days prior to Christmas. The pastor belongs to Union Church, Mussoorie, and was leading prayers when the mob barged in and disrupted the celebrations, NDTV reported. The BJP-led state government had recently passed an anti-conversion Bill in the assembly. The people from Christian religion suffered a spate of attacks, all on charges of “forced conversion”.

The Uttarakhand government passed the Freedom of Religion (Amendment) Bill, 2022, making unlawful conversions a cognizable and non-bailable offence punishable at least with three years and a maximum of 10 years. Besides, an offender will be liable to pay a fine of at least Rs 50,000 and a compensation of up to Rs 5 lakh to the victim. The governor recently gave his assent to the bill Bill passed by the state assembly on November 30 making unlawful conversion a cognisable and non-bailable offence punishable with a maximum of 10 years’ imprisonment besides a fine.

Chief Minister Dhami said: “We brought in a stronger anti-conversion legislation solely to take stern action against those who force religious conversions by intimidating people or luring them. In this particular case also we will act toughly”.

India has lost access to 26 out of 65 patrolling points in the eastern Ladakh region, a senior police officer posted in the Union Territory has said in a research...

San Francisco: At least seven people were shot dead by a gunman in California, just two days after one of the deadliest mass shooting incident in the US state just...

Congress, TMC, MIM, Shiv Sena say government argument to ban the documentary is not correct N. Ram, P Sainath, Prashant Bhushan call it 'emergency censorship' There is a scheme of...

Paris  :France and Germany should together become "pioneers" in the refoundation of Europe, French President Emmanuel Macron said in Paris during the celebration of the 60th anniversary of France-Germany reconciliation....