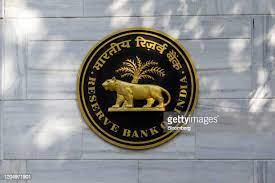 Mumbai, India News Stream: In order tame rising inflation, the monetary policy committee (MPC) of the Reserve Bank of India (RBI) for the third consecutive time has unanimously voted to increase the policy repo rate by 50 basis points to 5.40 per cent.

This is the third consecutive rate hike by the central bank in this year after a 40 basis points hike in May and 50 basis points in June.

With today’s hike, the RBI has increased the rate by 140 basis points since May this year.

All members of the MPC voted to remain focused on withdrawal of accommodation to ensure that inflation remains within the target going forward, while supporting growth. Prof. Jayanth R. Varma expressed reservations on this part of the resolution.

Domestic economic activity is exhibiting signs of broadening. The monsoon and the water reservoirs levels are above normal. On the demand front, the urban demand is showing improvement, however, rural demand indicators are giving mixed signs. Investment activity is also picking up as capital goods production recorded double digits growth for the second consecutive month in May and import of capital goods also witnessed robust growth in June, RBI said in the statement..

Whereas, on the other hand, the bank credit growth has accelerated to 14 per cent as on July 15, 2022, from 5.4 per cent in a year ago period. Incoming data of corporates for Q1 indicate that sales and demand conditions and profitability of the manufacturing sector remained buoyant.

In June 2022, the headline inflation remained at or above the upper tolerance band of the RBI for the sixth consecutive month. While looking ahead the inflation trajectory continues to be heavily contingent upon the evolving geopolitical developments, international commodity market dynamics, global financial market developments and spatial and temporal distribution of the south-west monsoon.