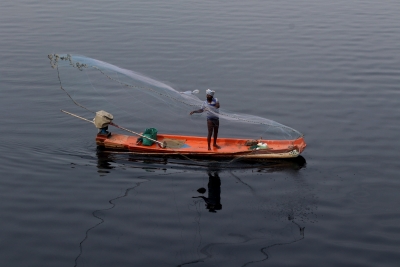 Coastal marine police sources told IANS that fishermen from Kottaipattinam and Jagadhipattanam in the Pudkottai district were taken into custody by the Sri Lankan Navy.

Police sources said that five mechanised boats of the fishermen were also under the custody of the Sri Lankan Navy. The fishermen were taken into custody while they were fishing near the International Maritime Boundary Line (IMBL).

Sri Lankan Naval authorities had confiscated several mechanized boats and even advertised the sale of such confiscated boats, affecting the Indian fishermen badly.