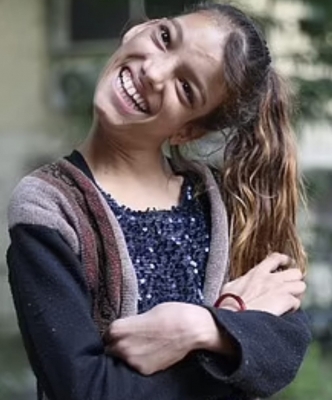 New Delhi: A teenage girl suffering from a muscular disorder of twisted neck, medically known as Atlanto-axial rotatory dislocation that caused her head bent at 90 degree angle, has undergone successful surgery to straighten her neck.

The girl – Afsheen Gul from Pakistan- was born healthy but she got injured while playing when she was eight months old. She suffered with cerebal palsy. The problem later aggravated to the extent that Afsheen had to struggle to eat, use toilet and even going outside.

However, last week, Afsheen underwent a sucessful life-changing surgery at Apollo Hospitals in Delhi where she is recovering in intensive care. Earlier, she was taken to the Apollo hospitals in February 2018 when the specialists said that there would be only 50 per cent chance of survival and asked Afsheen’s brother Mohmad Yaqoob to go home and think. However, nothing happened thereafter.

Meanwhile, Dr Rajagopalan Krishnan, a specialist of complex spinal surgeries, was ready to help Afsheen. He was in touch with Yaqoob. Finally, Yaqoob with his sister Afsheen again visited India on November 16 last year and Dr Krishnan met her and offered his services to Afsheen’s surgery completely free of charge.

After meeting her it was clear it was likely she would have died in the short or medium term if left untreated, said Dr Krishnan. He said that it was most probably the first case of its kind in the world. Due to her Celebral Palsy, Afsheen only learned to walk aged six and speak when she was eight, but her neck began to bend aged one.

At first she had to have a Halo-Gravity traction put in place back in early December to help her neck upright for some time. The team of Dr Krishnan which comprised Dr Manoj Sharma; anaesthetists Dr Jayalalitha and Dr Chetan Mehra; and Dr Bhanu Pant fuse Afsheen’s skull to her spine during a six-hour operation on February 28. Doctors operated through the mouth and removed disks from the neck and then fixed the skull to the cervical spine using a rod and screws to keep the neck straight.

Afsheen will be discharged from hospital this month. However, she has to continue wearing a neck brace.IANS