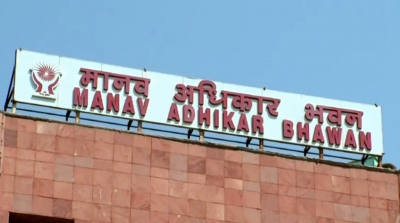 Guwahati: Acting on a lawyer’s complaint, the National Human Rights Commission (NHRC) has sought Action Taken Reports (ATRs), within four weeks, from Assam’s Director General of Police on alleged “fake encounters” by the state police since May this year.

A senior police official on Wedesday said that the NHRC’s Law Division, in a letter to Assam’s Director General of Police Bhaskar Jyoti Mahanta, sought the ATRs by October 14.

At least 24 accused have been killed and around 40 others injured since early May when police fired on them as the accused allegedly tried to escape from custody or during operations.

The NHRC’s notice, a copy of which was given to the Assam Human Rights Commission (AHRC), comes after a complaint was filed by New Delhi-based lawyer Arif Jwadder about “police encounters to kill many accused persons since May”.

The AHRC had, in July, taken suo moto cognisance of these “encounters” on the basis of media reports, and asked the Principal Secretary, Home and Political Department to conduct a probe to find out the facts and circumstances leading to the deaths and injuries of the accused in police firing while reportedly trying to escape from custody, or during raids and operations.

Jwadder had lodged the complaint with the NHRC in mid July, claiming that killing of people in “encounters’ has risen in Assam since the BJP-led government under Chief Minister Himanta Biswa Sarma assumed charge in May.

“All the slain and injured accused persons are not militants. As these people are not trained to use firearms, it is very unlikely that they could snatch the service revolvers or arms from the police personnel,” the advocate said in his complaint.

According to the police, the first “encounter” between the security forces and “criminals” took place on May 23 when six cadres of the outlawed Dimasa National Liberation Army were gunned down in Karbi Anglong district. Two militants of the United Revolutionary People’s Front were gunned down in the second encounter on June 20, also in the same district. On June 23, Bubu Konwar, wanted for several murders and crimes, was shot dead in Sivasagar district while on July 2, Kanwaldeep Singh Sindhu, a railway official turned criminal, was killed in Karbi Anglong district. Cattle smuggler Chaurangi Syni was also killed in Kokrajhar district that day.

Between July 3 and July 11, “encounters” with Assam Police claimed the lives of four “criminals” in Kamrup, Nagaon, Chirang, and Dibrugarh districts while between August 7 and August 23, Assam Police killed a drug peddler, four dacoits, and an arms smuggler in different districts.