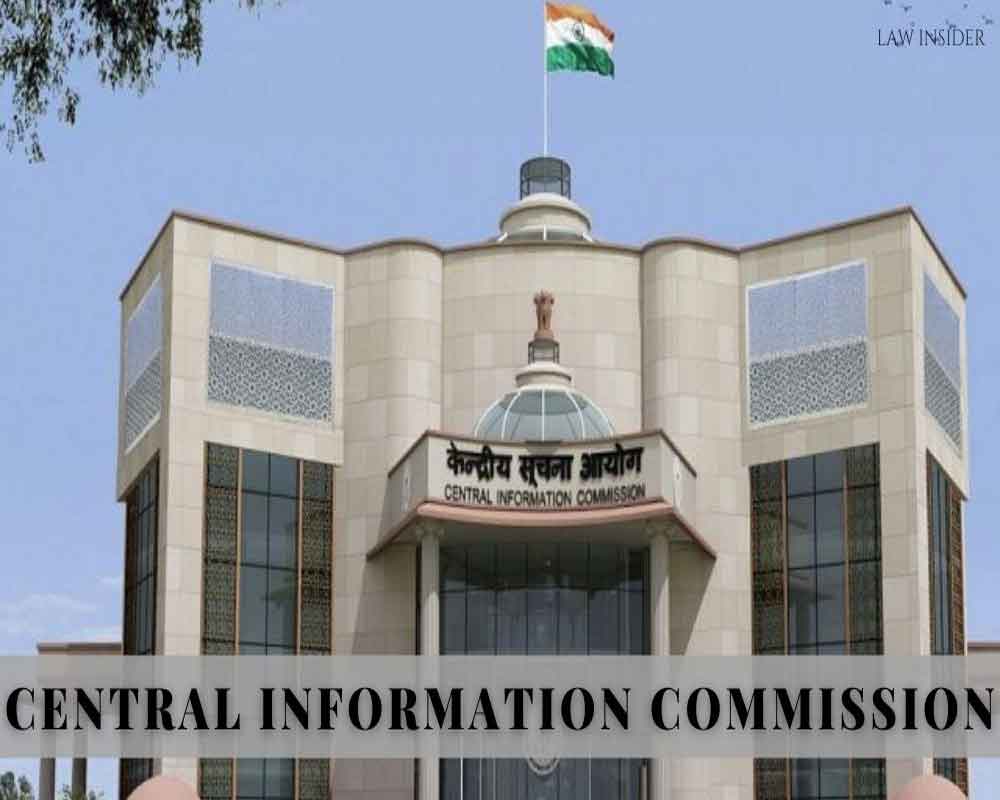 In a significant development, the Central Information Commission on Saturday said that the Supreme Court’s ruling to pay remuneration to imams and muezzins of mosques is “violation of the Constitution.”

Information Commissioner Uday Mahurkar, while hearing an RTI application filed by an activist demanding details of salaries to imams by the Delhi government and the Delhi Waqf Board, also observed that the order violated constitutional provisions that say “tax payers money will not be used to favour any particular religion”, reported PTI. The commissioner said that it has set a “wrong precedent”.

He has directed that a copy of his order be sent to the Union law minister with suitable action to ensure enforcement of provisions of articles 25 to 28 of the Constitution in letter and spirit to keep all religions on par in terms of monthly remuneration to priests of different religions at the cost of the public exchequer – both central and states – and also other matters, reported the agency.

Background behind rumination to imams

Following the demolition of Babri Masjid, the then Prime Minister P V Narasimha Rao announced several sops to Muslims to address their disenchantment. Among the several sops to Muslims announced then, salaries to the imams and muezzins were wholeheartedly welcomed by Muslim religious clerics. Jameel Illyasi, then close to the then ruling dispensation, was instrumental in getting Rao announce it. (Notably, Ilyasi’s son Umer Ahmed Ilayasi, closed to Hindu right wing groups, is heading the All India Imam Organisation headquartered in Delhi where RSS last month paid a visit.) However, secular brigades and Hindu right wing groups opposed the move.

Faced with opposition, Jameel Ilyasi, who headed All India Imam Organisation, petitioned the Supreme Court which ruled in 1993 that Waqf Boards should establish schemes to pay the imams. The Supreme Court had directed the waqf board to give remuneration to imams in mosques managed by it, triggering “an unnecessary political slugfest and social disharmony”.

Ever since the judgment, the Hindu right wing groups have kept making it a point to attack Congress for “Muslim appeasement”. On the other hand, Muslim intellectuals raised objection to the move on various occasions, arguing a secular state is not supposed to pay the remuneration for any religious affairs.

Javed Anand of Muslims for Secular Democracy, in an article published in New Age Islam in 2011, said “Government has no business to fix salaries of the imams. Just as the community build mosques and maintain them on their own, they should also pay the imams well.” However, in the same article, the imams’ bodies reported argued that they demand salaries from the income of the Waqf Boards which are custodians of Muslim-dominated properties. “Our demand is from the Waqf Boards which control huge Muslim properties,” says Maulana Umer Ahmed Ilyasi, president of All India Imam Organisation.

In reply to the RTI, the Information Commissioner said judgment “sets a wrong precedent” in the country and cited Article 27 of the Constitution which states that the “tax payers’ money will not be used to favour any particular religion.” Maurkar said: “The commission observes that the highest court of the country in passing this order acted in violation of the provisions of the Constitution.”

He also directed the Delhi Waqf Board to pay a compensation of ₹25,000 to RTI activist Subhash Agrawal for the loss of time and resources in chasing the response to his application, according to PTI. “It is necessary to go into the history when it comes to giving special religious benefits to the Muslim community by the State. A religious (Islamic) nation Pakistan was born out of the demand of a section of Indian Muslims for partition of India along religious lines. Despite Pakistan choosing to be a religious (Islamic) nation, India chose a Constitution guaranteeing equal rights to all religions,” Mahurkar said.