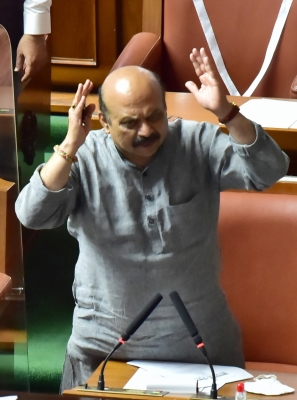 Bengaluru:The Karnataka government has directed the Department of Minorities Welfare to provide information on persons who have got converted from one religion to another in 25 years.

The Committee on Welfare of Minorities, Backward Classes which met on October 13 has sought this information and the Joint Secretary of Legislative Assembly has recently written a letter to the Department of Minorities Welfare, according to sources.

Department of Minorities Welfare has been advised to get information on religious conversions in coordination with Social Welfare, Police, Revenue Departments, district commissioners and chief executive officers.

The order has been given to see to it that no trouble is caused to authorized churches while getting information regarding religious conversions. The additional information could be gathered from Social Welfare, Revenue, Internal Administration and Law departments and submitted within 30 days, the letter has said.

The Joint Secretary has also sought information on the progress in the investigation of 36 cases of forceful conversions between 2016 and 2021, and information on punishments. It has also been told to collect detailed information on Bethel Baptist Church in Hosadurga of Chitradurga district.

The committee on welfare of backward classes and minorities discussed the survey on October 13 and asked the deputy commissioners to carry out the survey of churches. The acting Chairman of the Committee, Hosadurga BJP MLA Goolihatti Shekar vehemently proposed the survey. He had also raised the issue in the Monsoon assembly session.

Earlier it was said that the Karnataka government has put a hold on the proposal to survey official, unofficial churches and bible societies with an objective to prevent alleged religious conversions following backlash. The sources in the department of minorities welfare also stated that the ruling BJP is awaiting the verdict of the High Court on PIL in this regard.

People coming to UP to be tested for Covid