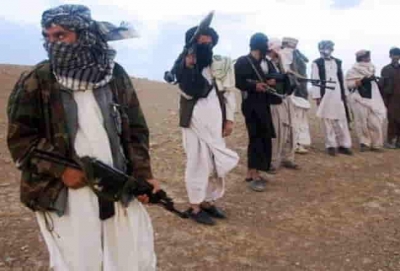 New Delhi: Islamabad believes that Pakistan will influence policy in Taliban Afghanistan but it is more likely that the reverse will happen: Pakistan will get more Talibanised, said M. J. Akbar, veteran journalist, author and MP in an interview to India News Stream.

”It is very likely now that Taliban will increase its influence over Pakistan as Taliban is not just about georgraphy, it is about an ideology,” Akbar said in his interview during which he answered a number of questions on the current developments in Afghanistan and its repurcussions for neighbouring countries.

Taliban were creation of Pakistan, and people who played this game now believe that they have got control over Kabul, but there might be a backlash. So far, Pakistan has been influencing Kabul, but now things may go the other way round, a reversal of the situation will most likely happen, says Akbar, who has also held the portfolio of minister of state for external affairs.

Akbar’s latest book ‘Gandhi’s Hinduism: The Struggle Against Jinnah’s Islam’ has also just hit the stands. In this book, he dwells on the contrasting roles the two leaders played in shaping the history of the sub-continent.

Answering a question, he pointed out that the US raised Mujahideen, and Pakistan created Taliban between 1994 and 1996, and both these forces were used against the Russians but those are different forces. Al Qaeda also fought against the Russians but after their departure, the movement split into two parts- one representing Afghan nationalism and the other Islamist radicalism in the shape of Al Qaeda and others like Taliban, Tahrike-e-Taliban Pakistan, Jaish, lashkar. And all these forces found sanctuary and fertile support from the Pakistan establishment, but the Frankenstein Pakistan created was now staring it in the face.

In his view it is not only Pakistan, the central Asia too has to worry much after the return of the Islamist group. ” If Taliban manage to consolidate their position, they will try to seep into Central Asia. The region has now got a destabliser,” he said. Answering a question on Iran in this context, he sought to distinguish its ideology from that of Taliban. He sees Iranian Islamic regime as having nationalism as its main spur. Iran certainly plays a role in the region, which for some countries causes anxiety but Iranian Islam does not have the international ideology of Al Qaeda and Taliban, he said.

Regarding relations between Iran and the new Taliban regime, he said it was too early to say anything with certainty. He feels that Taliban may use conciliatary language at the moment but they are long-term players. On Russia supporting any anti-Taliban alliance in Afghanistan, he said every player in the region would like to wait and watch. ” All these countries will see which side is able to do what, what is realistic and what is not. They would like to wait and watch for at least next three months.”

As regards China, Akbar feels that Beijing played by Pakistan play book. China, after all, has to take care of its own national interest.It has huge investments in copper mines, and so wants security in Balochistan and an assurnace that Taliban would not support Islamists in its Xinjiang province.

On the surprisingly fast speed of the victory of Taliban, he said it is obvious that the sudden withdrawal of the American forces hastenend the process. Already the number of US troops had come down. In his view, it is the fear of reprisals from the US that was holding Taliban and ensuring comparative stability so far.

”The Taliban thought if they challenged the US, they will multiply their presence, but once this fear of American power was gone, the whole edifice crumbled. It is not that Taliban have become more powerful, but Afghan national army have lost confidence.”

Reports are emerging that US intelligence were given the assessment that if their forces withdrew, the Ghani government would fall, but the American presumption was that, even if the government lasted a few months down the road, they would be saved from the blame, but the way the US has withdrawn from Afghanistan has angered the International community, and there was a great deal of resentment against the move within America too, he said.

”The way things were done by the US betrays a certain naivete, and there seems to be an absence, or failure of policy regarding Afghanistan. Other countries have handled transition with more maturity,” Akbar said.

Bumrah channelised the anger in the right way: Zaheer Khan