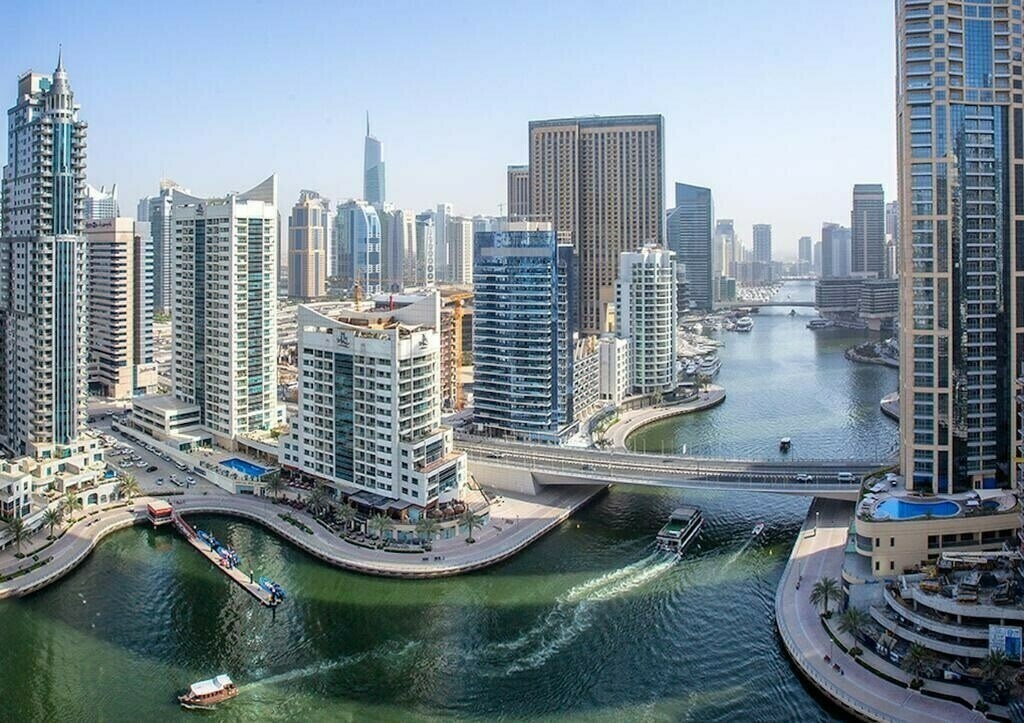 In order to boost its foreign trade and investment, Dubai announced Dubai rolled out US$8.7 trillion economic plan for next decade to “double the size” of its economy by 2033.

Sheikh Mohammed bin Rashid Al Maktoum, Vice President and Prime Minister of the UAE and Ruler of Dubai, launched the Dubai Economic Agenda ‘D33’ with the ambitious goals of consolidating its position among the top three global cities.

He said: “Dubai will rank as one of the top four global financial centres with an increase in FDI to over AED650 billion over the next decade and an annual AED100 billion contribution from digital transformation. Over 300,000 global investors in Dubai helping build Dubai into the fastest growing global city”. He has reportedly approved the Dubai Economic Agenda ‘D33’ for this.

The ruler added that the year 2033 would mark 200 years since the foundation of Dubai, the year in which Dubai will be the most important global business centre. He added: “Dubai will rank as one of the top four global financial centres with an increase in FDI to over AED650 billion over the next decade and an annual AED100 billion contributions from digital transformation.”

The plan would “double the size of Dubai’s economy in the next decade and consolidate its position among the top three global cities”, Sheikh Mohammed said in a post that was accompanied by a marketing video, according to AFP. The objectives would be achieved through “100 transformative projects”, he said in Twitter posts using infographics.

Dubai’s GDP stood at 307.5 billion dirhams during the first nine months of 2022, according to the government, representing a 4.6-percent increase year-on-year from 2021, reported the news agency.

The plan envisages a programme to support 30 private companies to achieve unicorn status ― worth more than $1 billion (about Dh3.67 billion). Other business incubators will support the growth of private companies, with 400 of the most promising identified.

The D33 plan further seeks to bring 65,000 Emiratis into the labour market, while attracting new universities, bolstering the higher education sector, according to a UAE daily newspaper. “We have adopted today the Dubai Economic Agenda ‘D33’ for the next 10 years, praise to God,” said Sheikh Mohammed, who on Wednesday celebrated 17 years as Ruler.

The economic model was turbocharged during the pandemic, when tech workers, bankers and social media influencers flocked to the emirate to escape Covid restrictions and higher taxes in the West. The war in Ukraine has prompted an influx of wealthy Russians looking to evade sanctions, according to website, www.middleasteyey.net, covering development of Middle East. As the competition with Saudi Arabia heats up, the emirate says it is positioning itself to be one of the top three economic cities in the world, with plans to boost foreign trade to 25.6 trillion dirhams from 14.2 trillion dirhams over the next decade and double its annual foreign direct investment to 60 billion dirhams yearly, it reported.

Dr. Azad Moopen, Founder Chairman & Managing Director, of Aster DM Healthcare, said that “The Visionary Rulers of UAE have been very foresighted in their approach to diversify the economy of UAE and be at the forefront of the global economy. The UAE saw an exceptional 19 per cent growth in global trade growth in the first nine months of 2022, which is a major milestone in the economic strength of the country.

“And now, the announcement of the Dubai Economic Agenda (D33) by His Highness Sheikh Mohammed bin Rashid Al Maktoum, Vice President and Prime Minister of the UAE and Ruler of Dubai, has assured the nation’s commitment towards its people and growth. His Highness’ vision of placing Dubai as one of the top four global financial centres within ten years is really motivating and will empower local entrepreneurs to expand their horizons across the world. Dubai is already a leading economic hub and D33’s transformative projects will further open more corridors of investment, enhance the digital transformation landscape and create endless opportunities in this vibrant city.”

Ali Shabdar, MEA Regional Director at Zoho Corp commented on the ambitious plans of D33, “The goal to double the size of the Dubai economy and become one of the top three economic cities in the world is a testament to the ambition of the Dubai leadership. It will tremendously impact the city’s economic development and growth by expanding foreign trade and investment, fostering innovation, and encouraging entrepreneurship.”

Abdul Jabbar PB, Group Managing Director of Hotpack Global said: “The D33 economic agenda is a crucial and far-reaching plan that will drive Dubai’s economic growth and success over the next decade. The ambitious goals of this economic agenda will position Dubai as a top global economic hub and a beacon of success. We believe that this agenda is good for Dubai and will bring numerous benefits and opportunities to the city and its people.”

Industry tycoon, Bharat Bhatia, Bharat Bhatia, CEO & Founder of Conares expressed his views, saying that “Dubai’s economic agenda D33 is a visionary and ambitious plan that will drive the city’s economic growth and success in the coming years. The initiatives to expand Dubai’s foreign trade, foster innovation and entrepreneurship, and support the growth of local businesses will all contribute to the city’s economic growth and success.”

Karthik Jayaraman, Managing Director, and Co-Founder at WayCool added: “As a global business hub, we have always been impressed by Dubai’s commitment to driving economic growth and innovation. The Dubai Economic Agenda D33 is a clear indication that this commitment is stronger than ever, and we look forward to seeing the impact it will have on the city’s economic development over the next decade.”

From the financial sector, Abdulla Nalapad, Managing Director of Nalapad Investments talks about the D33, “D33 is a comprehensive and ambitious plan to cultivate growth in the Dubai economy. One of the standout initiatives of this agenda is the programme to attract the world’s best universities and make Dubai a global pioneering hub for higher education. This initiative will not only boost Dubai’s reputation as a hub for learning and knowledge, but it will also attract top talent and create new opportunities for all stakeholders.”

The move focuses on a set of key priorities, including raising the value added of the industrial sector and promoting export growth, contributing to sustainable economic growth, and achieving self-sufficiency in several key sectors and industries, according to IANS. The other priorities include making Dubai one of the five leading logistic hubs in the world, and one of the top four global financial centres.

The agenda aims to integrate new generations of Emiratis into the private sector, making Dubai a hub for skilled workers, the fastest growing and most attractive global business centre, and an international hub for global multinational companies (MNCs) and national SMEs, reported the news agency.

It has also panned to make Dubai one of the top three international destinations for tourism and business in a decade. It is set to provide a globally competitive environment for business sustainability and driving down the cost of doing business across several sectors. The agenda aims to enhance the position of the cosmopolitan city as a fast-growing and attractive business hub.

(With inputs from IANS)

Delhi Police claimed to have arrested two terror suspects who allegedly beheaded a man, filmed the horrific act and sent the clip to their handlers in Pakistan. The incident, which...

“There is a human angle”, SC stays HC direction on eviction of over 4K families in Haldwani