Gauri Lankesh murder trial to begin on May 27 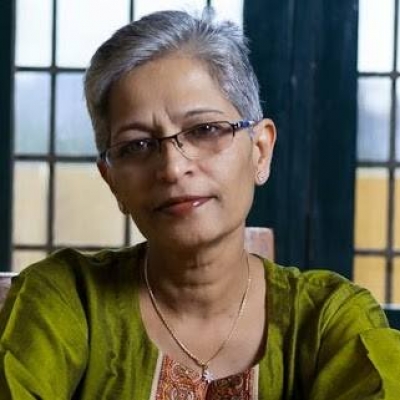 Lankesh was fired upon at her residence in Bengaluru in 2017.

Her sister Kavita Lankesh, a noted filmmaker, who is also an informant in the case, has been issued summons in this regard by the Special Court Judge Anil Bheemana Katti. She has also been directed to depose before the court on May 27.

Late Gauri Lankesh was known for her poignant attacks on the Hindutva forces, especially RSS. She was also closely involved in bringing naxals to mainstream society. She was shot at her residence on September 5, 2017, triggering outrage against the Hindutva forces all over the country.

The government had formed the Special Investigation Team (SIT) to investigate the killing. The SIT after the probe had submitted a charge sheet and named 18 accused persons in connection with the case. So far the police have arrested 17 persons.

The police are yet to nab Vikas Patel a.k.a Nihal, who is the 18th accused in the case. The probe found that accused Amol Kale was the prime conspirator and another accused Parushuram Waghmore shot Gauri Lankesh dead.