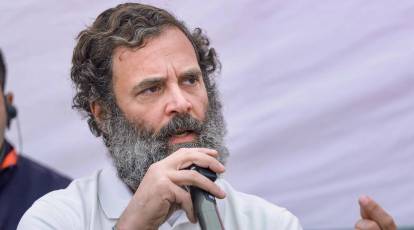 Jammu: Rahul Gandhi while reacting to the BBC documentary on Gujarat riots said that truth always comes out and it cannot be suppressed by using the ED and CBI.

“The truth always comes out and banning of the press and using institutions like ED and CBI against people can’t suppress the truth from coming out,” he said.

The Union Ministry of Information and Broadcasting has issued directions for blocking multiple YouTube videos which published the first episode of the BBC Documentary “India: The Modi Question”.

As per informed sources, orders were also issued to Twitter for blocking of over 50 tweets containing the links of the concerned YouTube videos.

The directions were reportedly issued by Secretary, Union Information and Broadcasting on Friday using the emergency powers under the IT Rules, 2021. Both YouTube and Twitter have complied with the directions, the sources said.

The documentary produced by British Broadcasting Corporation, UK’s Public Broadcaster, has been earlier called by External Affairs Ministry as a “propaganda piece” that lacks objectivity and reflects colonial mindset. While it was not made available in India, some YouTube channels appear to have uploaded it to promote an anti-India agenda.

It is reported that YouTube has also been instructed to block the video if it is again uploaded on its platform. Twitter has also been directed to identify and block the tweets containing the link to the video on other platforms.
IANS