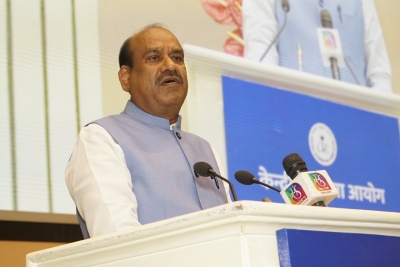 New Delhi : Lok Sabha Speaker Om Birla on Wednesday warned Congress leader Adhir Ranjan Chowdhury against challenging the Chair after he alleged that chairmanship of all Parliamentary panels has been taken away from the opposition parties.

Addressing the Speaker, he said that while on one hand the Government talks about “Ek Bharat Shreshtha Bharat”, on the other, it takes away all the committees’ chairmanship from opposition parties.

At this, the Chair intervened and asked the Congress leader whether it was proper on his part to blame the Chair.

“You are challenging the Speaker. It is my decision (on allotting chairmanship of standing committees),” Birla said.

Trinamool Congress leader Sudip Bandyopadhyay also got up and said that he was informed by the Parliamentary affairs minister that his party is not being given chairmanship of any standing committee.

“I am not accusing the Chair. But I told the minister it is your decision if you cannot allot a committee to the second largest party in the House. We are not begging for it,” Bandyopadhyay said.

There were noisy protests from Opposition leaders during the entire episode.

All Parliamentary panels were reconvened in October this year after their tenures had expired on September 12. IANS