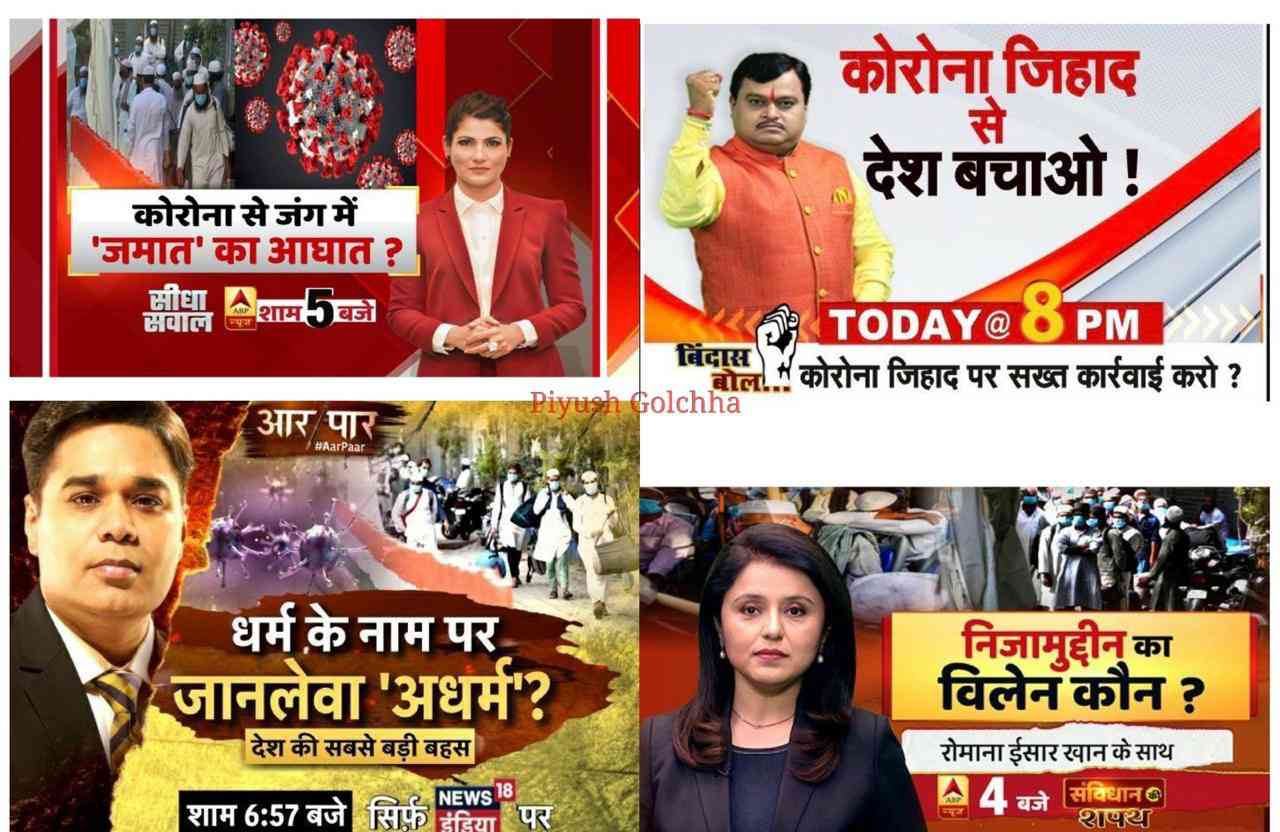 Tragedy brings people together, but in India it worked the other way round. In the height of the coronavirus pandemic, tirade against minorities, mainly Muslims, was high in India, according to US think–tank Pew Research Centre on Tuesday.

The think tanks put that India was among a handful of countries that saw religious hostilities in the early stages of the pandemic in 2020. It was worse than Pakistan and Afghanistan.

The increase in hostilities in the first pandemic year also reflects, somewhat, in India’s official data. However, the government’s reaction will be watched, considering its regular dismissal of adverse rankings in the recent past, according to a Mint report.

According to the report, India’s Social Hostilities Index (SHI) in 2020 was worse than neighbouring Pakistan and Afghanistan, and a further increase in its own index value for 2019. India recorded 9.4 out of a maximum possible score of 10. The report covered 198 countries.

India was also among the countries – Argentina, Italy and the US – in which private individuals or organizations linked the spread of the coronavirus to religious groups, the report said, citing the circulation of Islamophobic hashtags such as “Corona Jihad”. The Ministry of Home Affairs announced in April 2020 that more than 900 members of the Islamic group Tablighi Jamaat and other foreign nationals (most of whom were Muslim) had been placed “in quarantine” after participating in a conference in New Delhi allegedly linked to the spread of early cases of coronavirus. (Many of those detained were released or granted bail by July 2020.)

“In India, there were multiple reports of Muslims being attacked after being accused of spreading the coronavirus,” the report said.

The country also reported pandemic-related killings of religious minorities in 2020. “Two Christians died after they were beaten in police custody for violating COVID-19 curfews in the state of Tamil Nadu,” said the report.

According to police data, religious riots for which cases were filed rose substantially in 2020, and declined again in 2021, according to the Mint report. But there have been significant variations over time, and the numbers are too low as a share of overall rioting incidents to indicate a definitive trend. Moreover, the home ministry no longer provides data on “communal incidents”, and the National Crime Records Bureau (NCRB) now only publishes data on religious “riots”.