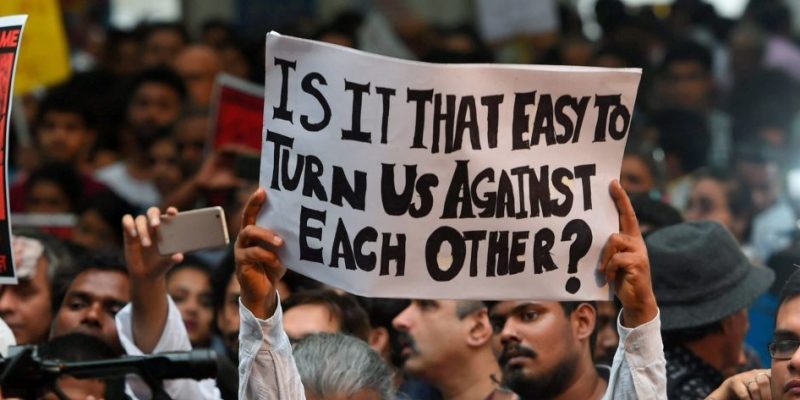 The Narendra Modi government’s policies coupled with inaction by law enforcement agencies are being held as the major reasons for increasing threats on the rights of the religious minorities in India, observed the report by the United States Commission on International Religious Freedom (USCIRF) released on Tuesday.

According to USCRIF, in 2022, governments at the national, state and local levels promoted policies that targeted religious conversion, interfaith relationships, and cow slaughter. It also cited the usage of the Unlawful Activities (Prevention) Act and the Foreign Contribution (Regulation) Act to suppress critical voices, especially religious minorities and those advocating on their behalf.

The commission reiterated its recommendation from April that the United States government should designate India as a ‘country of particular concern’.

“During the year, the Indian government at the national, state, and local levels continued to promote and enforce policies, including laws targeting religious conversion, interfaith relationships, and cow slaughter, that negatively affect Muslims, Christians, Sikhs, Dalits, and Adivasis (indigenous and scheduled tribal people),” the report said.

“Officials surveilled, harassed, detained, and prosecuted a number of journalists, lawyers, rights activists, academics, political leaders, religious minorities, and others critical of its policies through the use of various laws, including the UAPA and other statutes,” the report said.

The report criticised the use of UAPA and other laws which were used against “a number of journalists, lawyers, rights activists, academics, political leaders, religious minorities, and others critical of its policies through the use of various laws”.

“Individuals charged under the UAPA in 2021 and 2022 include several Muslim journalists for reporting on communal violence, particularly in Uttar Pradesh, and for reporting on human rights violations in the Muslim-majority state of Jammu and Kashmir,” the report said.

According to the report, in 2022, Indian authorities in several states destroyed people’s homes, alleging that the demolished buildings lacked proper permits and were illegal structures. However, the demolitions primarily targeted Muslims, some of whom were accused of participating in riots, including the Ram Navani procession incident in Khargone, Madhya Pradesh, and the Hanuman Jayanti procession in Delhi. “Also in June, police in Uttar Pradesh arrested Javed Mohammed, a Muslim community leader, after accusing him of organizing protests. The following day, authorities demolished his home,” it adds.

The report also makes a mention of “pardoned Hindu nationalists who have actively sought to harm religious minorities.”

The report took a grim view of the remission of rapists and murders of 2002 Gujarat riots. “On India’s independence day on August 15, 2022, 11 convicts serving life sentences for the gang rape of Muslim woman Bilkis Bano and the murder of 14 members of her family including her infant daughter during the 2002 Gujarat riots were pardoned by the Gujarat state government with the approval of the federal government,” it says.

“In March 2022, the creators of the Sulli Deals and Bulli Bai app were granted bail. The apps, created to harass Muslim women, including journalists, social workers, and students, listed hundreds of Muslim women for ‘auction’ accompanied by derogatory and sexual content,” the report says.

Earlier, USCIRF recommended in its Annual Report that the U.S. Department of State designate India as a “country of particular concern,” or CPC, for engaging in or tolerating systematic, ongoing, and egregious religious freedom violations, as set forth by the International Religious Freedom Act.  In July, the Indian government had rejected the findings of the commission made in April, calling them biased and inaccurate.