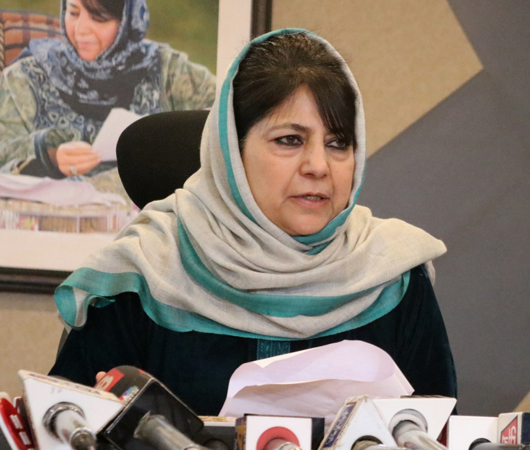 She also praised Gandhi for “his indomitable courage”.

“Ive been formally invited to join @RahulGandhi ji for his Bharat Jodo Yatra in Kashmir today. Salute his indomitable courage & I believe it is my duty to stand with someone who has the courage to challenge fascist forces. Will be joining him in his march towards a better India”, Mehbooba Mufti said in a tweet.

Meanwhile, J&K administration has said that the Bharat Jodo Yatra would be allowed in the UT provided it does not violate the law.