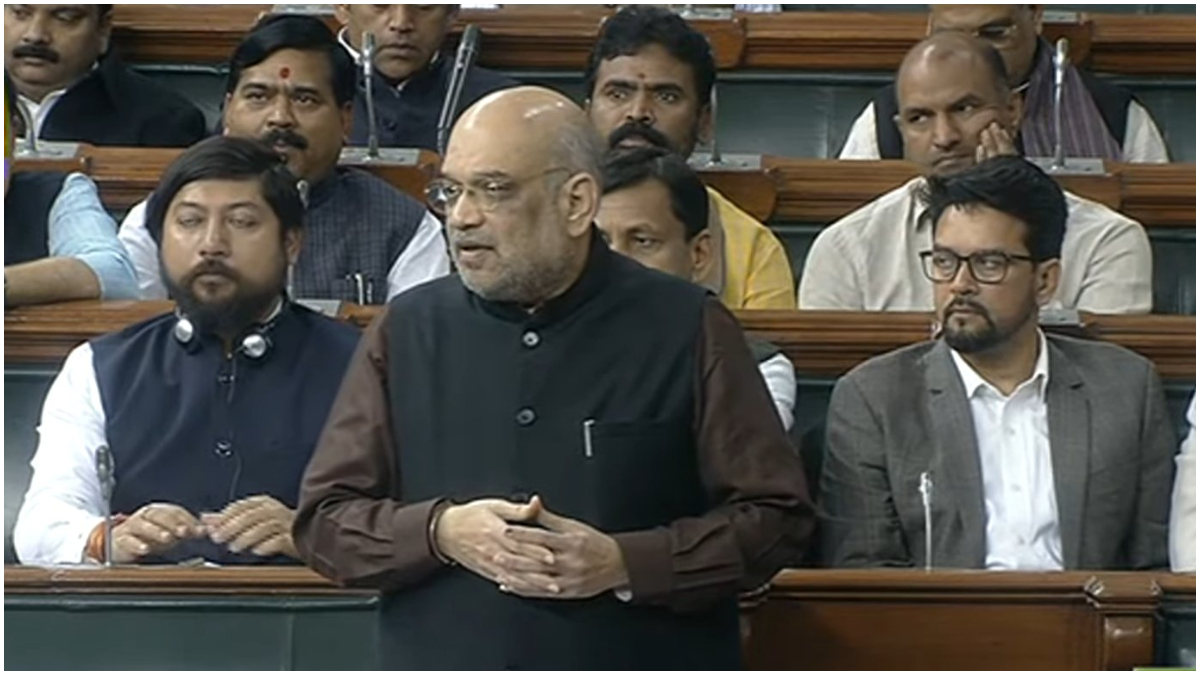 Union home minister Amit Shah on Wednesday objected to Congress MP Gaurav Gogoi’s allegation in Lok Sabha on the use of Pegasus spyware to snoop on politicians and journalists, asking the opposition lawmaker to show proof.

“The Parliament is for serious discussions and not for political accusations,” Shah said as soon as Gogoi made the allegation during a discussion on the problem of drug abuse in the country, according to Hindustan Times report. To this, Gogoi said if he has made a mistake, the government should say that it has not used Pegasus.

The Union Home Minister, however, reiterated “He (Gogoi) has said (Pegasus was) used on him. He must submit facts. He can’t just talk like that. The rest has been decided by the Supreme Court,” Shah said, referring to the Supreme Court’s decision on the issue.

The Pegasus spyware is licensed to governments around the world by the Israeli cyber intelligence company NSO Group. The Congress lawmaker’s remark was in the context of an investigation by 80 journalists from 16 international news organisations, including The Wire, which revealed how Israeli company NSO Group’s Pegasus spyware was used to target over 300 mobile phone numbers in India, according to a Wire report. These included the phones of two serving ministers in the Narendra Modi government, three Opposition leaders, one constitutional authority, and several human rights activists, lawyers, dissidents from across the country and journalists, reported the portal.

NSO Group, however, insists that it sells the software only to “vetted governments” with good human-rights records and that Pegasus is intended to target criminals, according to Scroll.

However, following the uproar made by opposition leaders and a set of rights activists and lawyers, the Supreme Court had appointed an expert committee to look into the allegations. The top said in August that some malware was found on five of the 29 phones that the panel examined. However, it was not clear whether the malware was Pegasus.

Interestingly, the judges then also took note of a finding by the panel that the Centre did not cooperate with the inquiry.

What a terrific game! writes Gavaskar after watching World Cup final in Qatar