Even if a Hindu nation is created, will it remain so: Gehlot 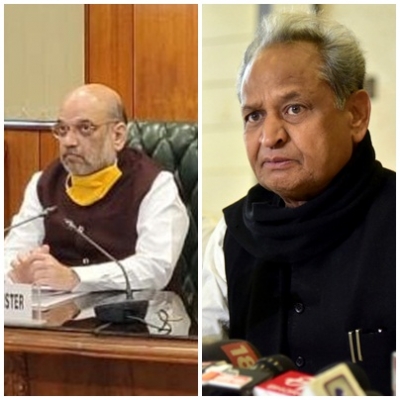 Jaipur: Mounting an attack on the BJP and the RSS, Rajasthan Chief Minister on Wednesday said the BJP members are provoking people to create communal disharmony in the country. He questioned if India becomes Hindu Nation, will it remain so?

He also alleged that the saffron party never embraced SC/ST communities but today they are doing that saying that they are Hindus.

Quoting the example of neighbouring Pakistan, Gehlot said, “I would like to ask BJP, RSS leaders, how long will you keep instigating people in the name of Hinduism? We have an example right in front of us. Our neighbouring country Pakistan was created in the name of religion, but why it split into two parts?”

“During the time of Indira Gandhi, 90,000 Pakistani soldiers surrendered, however, it is a different matter that Modi does not take the name of Indira Gandhi. I would also like to say specifically why Pakistan and Bangladesh were created when there were Muslims in both the countries,” he questioned.

Today, the BJP is embracing the Scheduled caste and Tribe saying that they are Hindus. I have been watching them since childhood when it was Jan Sangh. These people merged with the Janata Party, when Indira Gandhi was sent to jail then and now as Bharatiya Janata Party I have seen that they never embraced the people of the scheduled caste, he added.TN Man accused of raping daughter-in-law hacks son to deathIANS

Bengaluru civic agency concedes Idgah Maidan does not belong to it