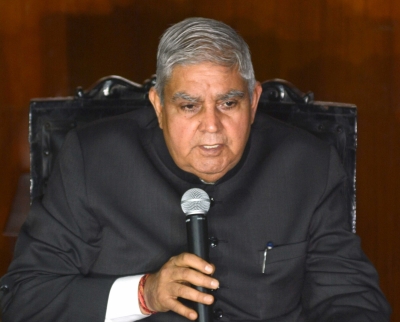 New Delhi: A day after Vice President Jagdeep Dhankhar insisted about Parliamentary supremacy, Congress leader P. Chidambaram on Thursday said that the Constitution is supreme and the “V-P views may be a warning signal”.

“The Hon’ble Chairman of the Rajya Sabha is wrong when he says that Parliament is supreme. It is the Constitution that is supreme,”Chidambaram said.

He said this may be a warning ahead, “In fact, the Hon’ble Chairman’s views should warn every Constitution-loving citizen to be alert to the dangers ahead.”

He said the “basic structure” doctrine was evolved in order to prevent a majoritarian-driven assault on the foundational principles of the Constitution.

“Suppose Parliament, by a majority, voted to convert the parliamentary system into a Presidential system. Or repeal the State List in Schedule VII and take away the exclusive legislative powers of the States. Would such amendments be valid? ” he questioned.

“After the NJAC Act was struck down, nothing prevented the Government from introducing a new Bill. The striking down of one Act does not mean that the “basic structure” doctrine is wrong”.

Vice President Jagdeep Dhankhar on Wednesday reiterated that the power of Parliament to amend the constitution and deal with legislation is not subject to any other authority and all constitutional institutions — the judiciary, the executive and the legislature — are required to confine to their respective domains and conform to the highest standard of propriety and decorum.

He was addressing the 83rd All India Presiding Officers’ Conference at Rajasthan Vidhan Sabha on Wednesday here.

“Power of the Parliament to amend the constitution and deal with legislation is not subject to any other authority. This is lifeline of democracy,” he said

“Democracy sustains and blossoms when the Legislature, the Judiciary and the Executive act in tandem and togetherness to fructify constitutional goals and realise aspirations of the people. The Judiciary cannot legislate as much as the Legislature cannot script a judicial verdict,” the Vice President added.
IANS