The latest anti-Hindu attacks may trigger an exodus of Hindus to India, say analysts 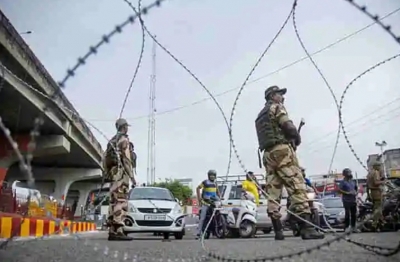 Dhaka: The anti-Hindu violence in Muslim-majority Bangladesh last week during the Durga Puja festival not only dented Prime Minister Sheikh Hasina’s claim of being the only champion of the minority rights but also exposed the non-secular reactionary forces within her own Awami League party.

The government called out paramilitary Bangladesh Border Guard forces to assist police to stop the mayhem and violent Muslim attacks on puja mandaps, temples, homes and businesses in parts of the country, mainly in the eastern and south-eastern districts, known to be the hub of conservative Islamic groups like Hefazat-e-Islam.

Yet the violence continued for days since it started on Wednesday, the Maha Asthami of the largest religious festival of Bengali Hindus. At least six people were killed and hundreds were injured as the rioters vandalised temples, idols, Hindu homes and businesses. Violence erupted even on the day of Bijoya Dashami, the final day of the festival when devotees immerse the idols and say goodbye to Mother Durga as she leaves for her home at Kailash.

Unfortunately though in most cases police looked helpless in controlling the mob who attacked the law enforcement troops with bricks and iron rods, even in the capital city of Dhaka.

This trouble started in the eastern city of Cumilla on October 13 after words went viral on social media that a puja mandap on the city’s Nania Dighirpar exhibited a copy of the Quran, the holy book of Islam, among the idols. In minutes hundreds of Muslim protesters, alleging desecration of then holy book, vandalised the mandaps with anti-Hindu attacks spreading like wildfire across the country taking the security forces off-guard.

As the mayhem continued on the Maha Nabami Prime Minister Sheikh Hasina told a puja reception that her government will hunt the perpetrators down and put them on trial. At the same time she advised her Indian counterpart Narendra Modio to keep vigil against the communal forces of his country so they can’t take advantage of Bangladesh violence.

Nearly a week after the violence a tense calm is prevailing among the Hindu minority people who feel that Hasina is not doing enough to protect them largely because there are anti-Hindu elements in her own party at the grassroots.

“It is unfortunate that a majority of the grassroots leaders of the ruling Awami League are also seen joining them (Islamic attackers) in conducting the attacks,” said Rana Dasgupta, general secretary of Bangladesh Hindu Buddhist Christian Oikya Parishad.

According Rana the attacks on religious minorities, their temples, houses and businesses are parts of a blueprint to force them to leave the country.

Consider the 2016 anti-Hindu attacks in  Nasirnagar, another eastern town. At least six Hindu families already left the country after the attacks that destroyed over a dozen temples and Puja pavilions, and more than 100 houses. Around 100 people including women were injured in the attacks. Some 3,000 Muslims took part in the series of violent attacks that were carried out in the Hindu localities of Nasirnagar following a rally over an alleged defamatory post by an illiterate Hindu youth, Rasraj Das, on Facebook even though he had apologised to the Muslims the day before saying that his account had been hacked, according to a Dhaka Tribune report.

Since 1947 when Bangladesh was the eastern wing of newly independent Pakistan the Hindu population witnessed a steady decline.

From 28% in 1940 the Hindus decreased to 8.96% in 2011 with political commentators seeing it as an outcome of a growing hostile anti-Hindu environment in Bangladesh.

Professor Abul Barakat of Dhaka University in his book, The Political Economy of Reforming Agriculture: Land Water Bodies in Bangladesh, writes that “there will be no Hindus left within Bangladesh within 30 years…The rate of the exodus over the past 49 years points to that direction.” As per his research, around 11.3 million Hindus were compelled to flee Bangladesh due to religious persecution from 1964 to 2013.

According to Rana “Awami League chief and Prime Minister Sheikh Hasina is sincere to maintain religious harmony in the country. But for mysterious reasons, it does not reach the grassroots activists of the party.”

He also said the steady decline in Hindu population is a bad new for Hasina too. “If the ratio of the Hindus could be decreased to four to three per cent, they would be no longer a factor in the electoral politics,” he said, adding, “In that case, all the political parties would be put on a religious veil to win the polls.” Hindus in Bangladesh are considered reliable vote of Hasina’s ruling party.

Critics of Hasina, even among her own allies, blame the phenomenon on her placating the Islamic extremist groups like Hefazat e Islam to counter her main political rivals BNP and fundamentalist Jamaat-e-Islami before the 2018 general election.

“The prime minister gave too many concessions to the Islamic bigots and extremists to buy their silence,” said a university teacher, speaking on condition of anonymity. “She is now facing the music.” – INDIA NEWS STREAM

Delhi records first death due to dengue in 2021 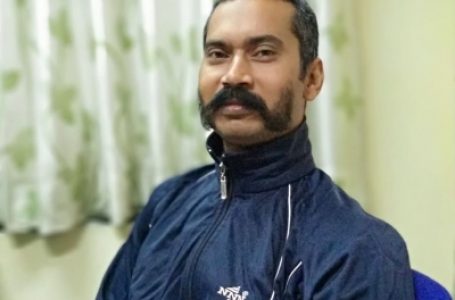