Netaji Hit The British Where It Hurt 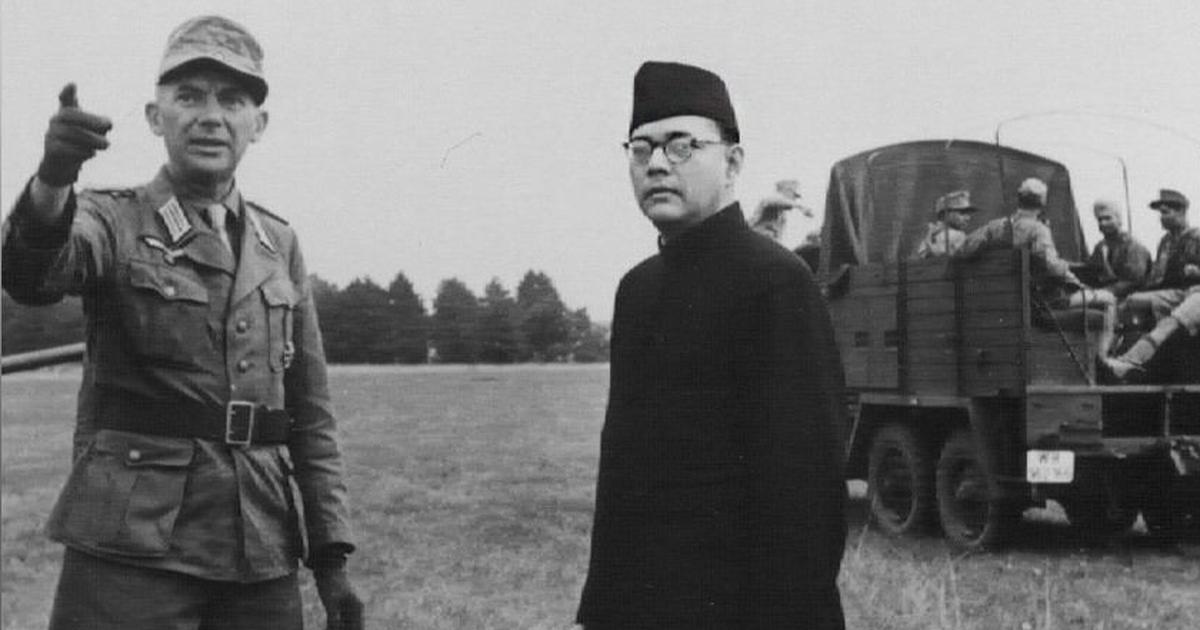 Why did the British finally leave India, the ” brightest jewel in the Crown” ?

The answer is not difficult.

British Prime Minister Clement Attlee , who had replaced Sir Winston Churchill at the end of the Second World War, made it clear why it was time to leave India.

He pointed to the ‘uncertain loyalty of the Indian soldier’ as the single biggest reason for not wanting to hang on to the biggest colony of the Empire and leave before it was too late.

For every British involved in ruling India , the worst nightmare was the 1857 Mutiny , a revolt started by disgruntled Indian Sepoys and joined by various Indian rulers in North India.

What was the most important instrument for perpetuating British colonial rule ? Doubtlessly, the British Indian Army . Officered largely by British but also some Indians, this was the army that suppressed any challenge to British rule across the globe. If these tens of thousands of Indian sepoys refused to uphold their oath to preserve the King Emperor, there was no way the British could hold on to colonies like India.

The Congress led by Gandhi , the Hindu Mahasabha led by Savarkar or the Muslim League led by Jinnah never took on the British in what was easily their Achilles Heel. They supported the British war effort and backed the recruitment of Indians to defend the Empire, leaving their ultimate departure from India on their good sense and fairness. So in reality , none of these political forces, however revered , posed any real challenge to the British Empire.
A period in jail after a Satyagraha was followed by talks and some power sharing.

Subhas Chandra Bose’s rise in Indian politics changed these equations. For the first time , here was a leader with nationwide popularity who was prepared to take on the British and do whatever it takes to throw them out. That made the difference.

In a way, Bose focusing on raising an Indian National Army and sparking a revolt among Indian soldiers was not something unique. The Bengal revolutionaries who believed in armed ouster of the British by use of arms had shown the way. He merely drew from that understanding to plan the overthrow of British rule . These revolutionaries and Bose after them knew that an effort could turn the greatest strength of the Empire into its greatest weakness, an asset into a liability. After the INA , that is what exactly happened.

Modern Indian historiography, wedded to projecting the primacy of the Congress in India’s freedom struggle, has disdainfully run down these bravehearts mostly from Bengal and Punjab as nihilist and anarchists. That is not correct.

Revolutionaries like Rashbehari Bose and Jatin Mukherjee had carefully studied the history of 1857 Mutiny and realised the easiest way to hit the British was to work on the Indian soldier and swing his loyalty from the King Emperor to Mother India. The uprising that Rashbehari had planned during the First World War was to begin from Meerut– such was the influence of 1857 in the minds of His Majesty’s fiercest opponents. The plot fell through and Rashbehari fled to Japan. Jatin Mukherjee died fighting the British police when encircled while waiting fir a German ship to arrive with weapons.

The first Indian National Army was raised by Rashbehari Bose and Captain Mohan Singh after the fall of Singapore.

When Subhas Bose arrived in Southeast Asia after a perilous submarine voyage , the senior Bose and Mohan Singh handed over the INA leadership to Netaji . The rest is history.

Having failed to turn the Congress into a vehicle of national revolution and forced to quit its leadership after winning its presidential polls, Netaji did what Rashbehari had done after his uprising plans failed– turn abroad and enlist support of Britain’s enemies.

Those who make a big deal about Netaji’s joining hands with Nazi Germany and Imperial Japan and hold it against him fail to realise that he could never have raised an army without foreign support. And that army , however ramshackle , was a living example for the India soldier to revolt against the British.

There is no doubt Bose would have done to the Japanese , if they tried dominate him, what Myanmar’s independence War hero Marshal Aung Saan did to the flag bearers of Nippon. Aung Saan raised the Burma army with Japanese support but then turned against them and took British help to drive them out of what was then Burma.

For Bose and Aung Saan, all that mattered was the independence of their own country . And both knew to use the Great War and the fight of the Powers to work for national Liberation.

India’s real tragedy is Bose was not around at the time of Transfer of Power. It is impossible to believe he would have accepted the Partition.

His strong secular credentials and ability to inspire all Indians, even those laboring in the plantations of Southeast Asia, would have blown away the power sharing manipulations of the Congress and Muslim League , all in a hurry to eke out their acre of green grass.

The tragedy is similar to Burma where Aung Saan’s murder foreclosed a federal deal with the ethnic minorities and paved the way for an unending civil war. – INDIA NEWS STREAM

Subir Bhaumik is a senior journalist and author. The opinion in this article are author’s own.

A lacerating critique of one of our tallest leaders