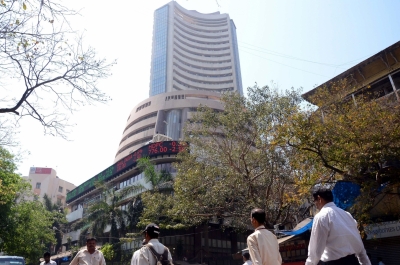 Just a few months ago, in mid-January, the BSE index crossed 61,000 mark for the first time. What an irony, six months later it has slipped down to 51,360 (17th June)! With that the last resort for bragging by the union government has melted.

With US Federal Reserve increasing interest rate by 75 basis points to fight highest rate of inflation in many years, dark clouds are now hovering over our share market. Incidentally, this is maximum increase of Fed rate in one go since 1994. Not only that, there are enough indications that the Fed rate would be hiked further. That would simply mean further outflow of capital from our markets, bringing them further down.

There are enough other ominous signs around that indicate the market may not see a solid turnaround in the near future. The government took pride in the buoyancy of the market, depicting it, and rightly so, as the symbol of high spirit of the Indians.

But the spirit has a limit to fight the unforeseen upheavals. With steady and voluminous outflow of investment (and consequently dollars) from the country, Indian investors’ ability to match it has touched the limit, and has rendered them helpless. So, now the markets are witnessing a sort of freefall.

Meanwhile the bad news, in addition to high inflation, possibility of international crude price instability and Ukraine situation worsening, has another dimension now. The IT sector is likely to be hurt in the short run, feel the experts, as both its business models and revenue generation is likely to come under pressure. That may result in further loss of momentum for the market as IT shares are valuable assets, a bit expensive though.

So, the gloom has finally pervaded the share market too. All concerned could see it coming, except our Narendra Modi government, which was perhaps hoping that all crises would automatically blow over.

Now, RBI is firefighting with repo rate hike which will bring down the pace of growth. It could have been avoided if the government absorbed the higher international price by cutting down rate of taxes to the level of last days of Manmohan Singh. But, as we have seen, Modi government is run by such people who follow some different logic that is not perceptible by us, and that only brings disaster.

Again, the government has ignored the demand side deliberately. Repeated pleas by the experts to economically empower the poor (the best way to do it is to expand the MGNREGA in a productive way both geographically and day-wise) and open avenues for jobs for the lower middle class was adamantly ignored by the government. Now, perhaps the government will not have the ability to take steps towards this direction.

The ignorance of the government about the employment situation has been exposed by the stir the nation witnessed after the announcement of Agnipath scheme for recruitment of jawans that initially insensitively brought down the upper limit of recruitment age from 26 to 21. Now it has been fully reversed after the widespread agitation shook the nation. Has the government been a little sensitive, it could have avoided the unwarranted situation.

But, what is the road ahead? Perhaps we have entered a phase where the answers are not known. But Indians are highly spirited, and for many thousands of years have fought many, many such upheavals. So, it now depends on the spirit of the common man who apparently would have to fight the situation without much help from the government as far as impetus for economic development is concerned.