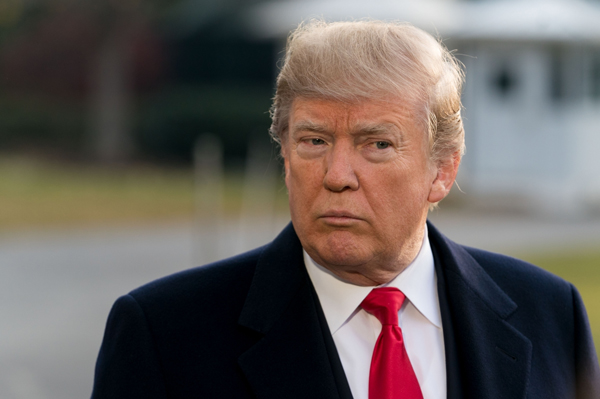 New Delhi: Unable to digest his defeat, former US president Donald Trump made a last-ditch attempt to overtun the election result and in the process brought his country close to catastrophe, as per the evidence before the House select committee investigating the January 6 attack on the Capitol.

The Committee was told that Trump pressured his vice-president, Mike Pence, to reject a tally of state electors as part of a plot that would have led to US to chaos.

The panel gave a dramatic accounting of the events that preceded the assault. The evidence also details the frantic moments after rioters stormed the Capitol, following which Pence was rushed from the Senate chamber to a secure underground location.

“Approximately 40 feet – that’s all there was – 40 feet between the vice-president and the mob,” said the California congressman Pete Aguilar, a Democrat who led the panel’s third hearing. “Make no mistake about the fact that the vice-president’s life was in danger.”

Congressman Bennie Thompson, chairman of the committee and a Democrat of Mississippi, said “Trump wanted Mike Pence to do something no other vice-president has ever done,” but the US was fortunate that Mr Pence showed courage and refused to do Trump’s bidding.

Advisers and friends told Trump repeatedly that the plan was unlawful, according to witnesses and testimony from his closest advisers. Yet in the final days before Congress was due to certify the election results Trump increased his public and private pressure campaign on Pence to fulfill his wish.

“What the president wanted the vice-president to do was not just wrong, it was illegal and unconstitutional,” Congresswoman Liz Cheney, a Republican of Wyoming and the committee’s vice-chair, said on Thursday, the Guardian reported.

However, the vice-president withstood the pressure and chose the constitution, those who advised him testified on Thursday.

Dogecoin crypto investor sues Elon Musk for $258 bn in US

1 in 8 people globally live with mental disorder: WHO