Threat of use of nuke weapons greater than ever before: Report 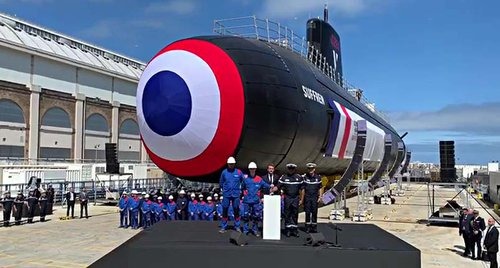 For the first time at any time since the height of the cold war, the world is facing a bigger threat of use of nuclear weapons, a leading think tank has warned saying given the current trends seen in the nuclear armed states, their arsenals are expected to grow.

The Stockholm International Peace Research Institute (SIPRI) said in a report that reductions in global nuclear arsenal after the end of cold war, may now give way to an increase, as nuclear armed states modernize and upgrade their nuclear arsenals.

At the start of 2022, nuclear armed countries possessed approximately 12,705 warheads, according to the report. Of these, about 9440 were in military stockpiles for potential use. An estimated 3732 warheads were deployed with missiles and aircraft, and around 2000 – nearly all of which belonged to Russia or the US – were kept in a state of high operational alert.

The report said despite a marginal decrease in the number of nuclear warheads between January 2021 and January 2022, nuclear arsenals are expected to grow over the coming decade as the nine nuclear-armed states – the US, Russia, the UK, France, China, India, Pakistan, Israel and North Korea – modernize their nuclear arsenals. The decline in the number of nuclear warheads has been mainly due to the US and Russia dismantling retired warheads. However, the two have programmes to replace and modernize nuclear warheads, missile, and aircraft delivery systems, and nuclear weapon production facilities, the institute said.

“There are clear indications that the reductions that have characterized global nuclear arsenals since the end of the cold war have ended,” said Hans M Kristensen, associate senior fellow with SIPRI’s Weapons of Mass Destruction Programme.

The institute observed that there had been mixed signals from nuclear diplomacy. While the nuclear-armed permanent members (P5) of the United Nations Security Council – China, France, Russia, the UK and the US – issued a joint statement in January 2022 against nuclear war and to comply with non-proliferation, disarmament and arms control agreements, they seemed to work on the contrary.

Russia recently made open threats about possible nuclear weapon use during war with Ukraine. The UK in 2021 announced its decision to increase the ceiling on its total warhead stockpile from 225 to 260, and France initiated a programme to develop a third-generation nuclear-powered ballistic missile submarine (SSBN). China has also taken up modernization and expansion of its nuclear arsenal, which appears to include construction of over 300 new missile silos. Though the country’s total inventory appears to be the same in January 2022 as for January 2021, the number of stockpiled warheads potentially available for use has changed because new launchers became operational during 2021.

Similarly, though the US’ and Russian total warhead inventories continued to decline in 2021, it was due to the dismantling of warheads that had been retired from military service several years ago. The number of nuclear arms in the two countries’ useable military stockpiles remained relatively stable in 2021, the report said.

India and Pakistan also appear to be on a path to expand their nuclear arsenal, although the two countries’ contribution to global nuclear arms inventory is small. According to estimates, India approximately had 160 warheads while Pakistan had 165, at the beginning of 2022. However, both introduced and continued to develop new types of nuclear delivery system in 2021, the report said.

“All of the nuclear-armed states are increasing or upgrading their arsenals and most are sharpening nuclear rhetoric and the role nuclear weapons play in their military strategies,” said Wilfred Wan, director of SIPRI’s Weapons of Mass Destruction Programme. “This is a very worrying trend.”

“If the nuclear-armed states take no immediate and concrete action on disarmament, then the global inventory of nuclear warheads could soon begin to increase for the first time since the cold war,’ said Matt Korda, associate researcher with SIPRI’s Weapons of Mass Destruction Programme.

Russia and the US together possess over 90 per cent of all nuclear weapons. – INDIA NEWS STREAM

US to launch ‘West Asia Quad’ with India, Israel, and UAE