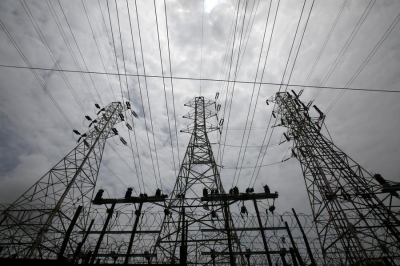 Reform is a process that when stalled can create a trap that sucks in the real sense. In India, power sector is a glaring example of it.

Caught between welfare demands and market needs, this sector is bleeding for years. The return from the supply cannot cover the cost as the sector suffers from high operational cost and distorted retail traffic. Recently the sector suffered further as the government, unable to pump up coal supply over the recent decades (something that China has accomplished excellently) asked the producers to import coal at a time when the international price was at its peak.

In fact the lack of preparation and foresight that has now left its stamp almost all over the economy has put a huge burden on the power sector. There is an enormous gap between the input into the system for generation of power and the money recovered from supplying it to the consumers.

The gap at the end of the suppliers (Discoms) stood at whopping 21 per cent in 2019-20, and in money terms it was INR 86,700 crores even after receiving support from the government to the tune of almost astronomical INR 1,10,000 crore.

This 1,10,000 crore is tax payers money. And remember, it is not only about the payers of direct taxes (income, corporate and so on). Every Indian, even those from the poorer sections, is a taxpayer as everyone pays GST and other different sorts of taxes when they buy different products. This 1,10,000 crore is the cost of mismanagement by consecutive governments over the decades.

It has been estimated that without the government help the total loss of the Discoms, the licensed distribution agencies, would have been 1 percent of the net domestic product. In money terms, according to an expert, the Discoms are suffering a burden of INR 1,37,000 crore in the form of unpaid bill. A sizable section of the defaulters are government owned concerns.

Over the last two decades various attempts have been made to salvage the economic miseries of the Discoms, and what has been stated above is the final outcome of all those. Now the Union government has decided to further change the provisions of the Electricity Act 2003, and an amendment to the bill was tabled in the Parliament last month.

Though some experts are somewhat excited about it, for laymen like us it is difficult to understand what great feat will be achieved by this bill. It intends to end the monopoly of Discoms (almost everywhere the state owned companies) over retail supply in their licensed areas, giving the retail consumers a choice of selecting the suppliers.

It is almost a rerun of what happened in television broadcasting when DTH companies ended the monopoly of the cable operators. But there is a significant difference. The cable operators were also private companies. But here the state owned Discoms will face competition from the private ones.

However, it was not that earlier the field was not open for the private players.. However, according to the previous mechanism, the incumbent had no obligation to let the newcomer use its network. This made the provision ineffective, as the cost of laying lines for a few subscribers (as will be the case in the beginning) was hugely prohibitive.

The amendment says now new licensees will have the right to use the existing network against a wheeling charge. The bill also arranges for proportionately sharing the liabilities between different providers. The actual costs will also be allocated between the two Discoms in case their differential load profiles result in differential costs. In a similar way, the cross subsidies too will be shared.

All these will augur well for the private companies. There is much consternation about privatization, ignoring the fact that the power distribution in Greater Kollkata and its suburbs is under a private company (Calcutta ESC) from the British period. The private companies are generally much more efficient (the private banks are a case in hand), and it may help.

It is expected that the private distribution companies will stop leakages which are rampant in suburban and rural areas, and that in turn will improve the finances of the Discoms. However political patronage to the miscreants is also a widespread phenomenon everywhere, and that may crop up as a major problem.

Altogether, we are yet to see a great endeavour to significantly bridge the gap between the cost and the recovery. Privatisation and the choice given to the consumers may help, but it is not a panacea.

Along with it the production of coal should be augmented within the country to create a buffer so that we can buy from the international market when it is cheap and use our coal when international market price is high. That is what China does. Further, the governments will have to think out of the box to bridge the gap between cost and recovery.