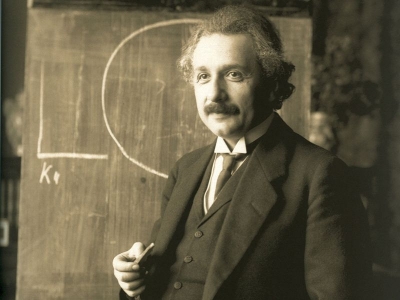 New Delhi : The year is young and, in my view, we’re still entitled to a bit of fun. No doubt in the remaining 357 days events will overwhelm us but for now we can afford a little levity. So let me share with you some of the gems I’ve gleaned from the net.

One of my favourites are the sayings of Albert Einstein. I’ve never been able to understand E=mc2 but I’m in lockstep with the rest of his wisdom. It’s a shame we don’t know more about this side of him. So, let me, this Sunday, tell you about the Einstein we’re unfamiliar with.

I’ll begin with an eclectic sample of some of the amazing things he’s reputed to have said. At this point I’m simply picking quotations that have caught my fancy. ‘The only thing more dangerous than ignorance is arrogance’, ‘Any fool can know, the point is to understand’, ‘Weak people revenge, strong people forgive, intelligent people ignore’, ‘The only thing that interferes with my learning is my education’, ‘The difference between stupidity and genius is that genius has its limits’, ‘The only source of knowledge is experience’.

Two of my favourites are particularly pithy and forthright. The first is: ‘If you can’t explain it simply, you don’t understand it well enough’. The second is: ‘Long live impudence! It’s my guardian angel in this world’.

Now, a lot of Einstein’s wisdom was targeted at ordinary people like us. ‘There are only two ways to live your life. One is as though nothing is a miracle. The other is as though everything is a miracle’. There’s also assurance for those who tire easily or become frustrated with setbacks and failure. ‘Never give up on what you really want to do. The person with big dreams is more powerful than one with all the facts’. And, perhaps, this is the way to avoid stumbling and falling: ‘Life is like riding a bicycle, to keep your balance you must keep moving’.

There are things Einstein said that sometimes make you wonder if he had the India of 2023 in mind. Consider this: ‘The world is not dangerous because of those who do harm but because of those who look at it without doing anything’. And this: ‘A calm and modest life brings more happiness than the pursuit of success combined with constant restlessness’.

Einstein is, perhaps, considered the greatest scientist the world has known. Yet his understanding of God was as perceptive as his grasp of physics. ‘Coincidence is God’s way of remaining anonymous’. He also understood children and what could inspire them. ‘If you want your children to be intelligent, read them fairy tales. If you want them to be more intelligent, read them more fairy tales’.

If, like me, you’re surprised but delighted to discover how deep and penetrating was Einstein’s perception of human beings, then let me tell you his understanding of himself was equally sharp. ‘Most people say it’s the intellect which makes a great scientist. They are wrong: it is character’. More revealingly: ‘I believe in intuition and inspiration. At times I feel certain I am right while not knowing the reason’. And, it appears, it was his imagination that gave him the insight to understand the world. ‘I am enough of an artist to draw freely upon my imagination. Imagination is more important than knowledge. Knowledge is limited. Imagination encircles the world’.

Finally, this is what Einstein said of Mahatma Gandhi: “Generations to come will scarce believe that such a one as this ever in flesh and blood walked this earth’. Having forgotten Gandhi, is ours the first of those generations?