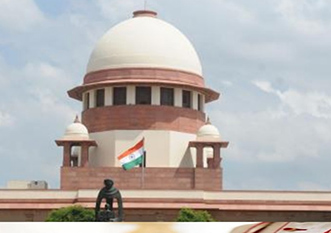 The Supreme Court reserved its verdict on a batch of pleas challenging the validity of the 103rd Constitution amendment providing 10 per cent reservation to economically weaker sections (EWS) persons in admissions and government jobs, reported PTI.

Academician Mohan Gopal had opened the arguments in the case before the bench on September 13 and opposed the EWS quota amendment by terming it as “deceitful and a backdoor attempt” to destroy the concept of reservation, according to LiveLaw.

Tamil Nadu, represented by senior advocate Shekhar Naphade, also opposed the EWS quota, saying the economic criteria cannot be the basis for classification and the top court will have to revisit the Indira Sawhney (Mandal) judgment if it decides to uphold this reservation.

On the other hand, the attorney general and the solicitor general vehemently defended the amendment. They said that the reservation provided under it was different and had been given without disturbing the 50 per cent quota meant for the socially and economically backward classes (SEBC), according to PTI.

Hence, the amended provision does not violate the basic structure of the Constitution, they said.

The solicitor general said the EWS quota was “necessitated” to benefit the general category poor, a “large segment” of the population not covered under any existing reservation scheme.

Senior advocate Gopal Sankarnarayanan, appearing for NGO ‘Youth for Equality’, supported the EWS quota scheme, contending it was “long overdue” and a “right step in the right direction.” The top court heard as many as 40 petitions and most of the pleas, including the lead one filed by ‘Janhit Abhiyan’ in 2019, challenged the validity of the Constitution Amendment (103rd) Act 2019.

The Central government had filed some petitions seeking the transfer of pending cases, challenging the EWS quota law, from various high courts to the top court for an authoritative pronouncement.

Earlier, the Centre, in 2019, had also told the top court that its law, granting a 10-per cent quota for Economically Weaker Sections (EWSs), was brought in to promote “social equality” by providing “equal opportunities in higher education and employment to those who have been excluded by virtue of their economic status”.

The Lok Sabha and the Rajya Sabha cleared the bill on January 8 and 9 in 2019 respectively and it was then signed by then President Ram Nath Kovind. The EWS quota is over and above the existing 50 per cent reservation to SCs, STs, and Other Backward Classes (OBCs).