Russia getting ready for escalation in Feb: Top Ukrainian official 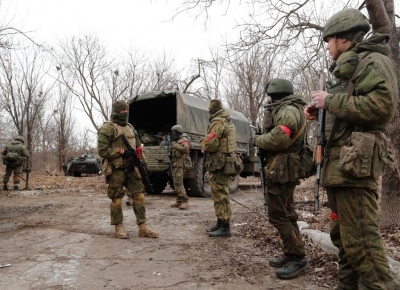 Kiev: A top Ukrainian official has said that Russia is getting ready for an escalation on the frontline in February as the ongoing invasion is set to complete a year next month.

In a statement to the country’s public broadcaster on Wednesday Oleksii Danilov, Secretary of the National Security and Defence Council, said that “February will be decisive for them… They are preparing for an escalation”, Ukrayinska Pravda reported.

“There are many indicators that give us reason to say that in February, they may have another attempt at resolving this issue,” he added.

Danilov said Ukraine is preparing for any development, adding that the Staff of the Supreme Commander-in-Chief meets two to three times a week.

He also expressed optimism at Ukraine having powerful weapons at its disposal, saying: “Sooner or later, we will have powerful tanks, completely different planes, and this will happen in the near future.”

In his statement, Danilov further said that Taras Kozak, a Ukrainian politician who is said to be a close associate of the pro-Russian oligarch Viktor Medvedchuk, is “conducting meeting with Europeans and trying to persuade them to sign ‘peace deals’ akin to Minsk-3”.

Minsk-3 refers to a series of international agreements which sought to end the conflict in Donbas in eastern Ukraine.

Kozak escaped to Belarus when the Ukrainian authorities opened a criminal case against him for high treason and an attempt to steal natural resources from the country.

Sources say he is hiding in Russia and that his partner owns real estate in Moscow.

The US government imposed sanctions against Kozak in January 2022 for his involvement in undermining Ukraine’s sovereignty.

As the war will mark its first anniversary on February 24, Russia has lost ground in Ukraine in recent months, being pushed out of Kherson in the south and the Kharkiv region in the north-east.IANS