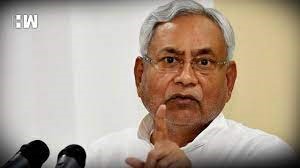 Patna: Bihar Chief Minister Nitish Kumar, while targeting R.C.P. Singh and Upendra Kushwaha, claimed that many leaders came to his JD-U and he had promoted them but they either talked against his party or left it.

The party is not affected by it, he added.

On the 99th birth anniversary of Jannayak Karpoori Thakur, Nitish Kumar went to his native village Karpoorigram in Samastipur district to participate in an event to mark the occasion.

During the event, He said: “Some people (Kushwaha) came to the party two years ago and are criticising us with the actual motive of making grounds for leaving the party.”

Kushwaha, after the 2020 Assembly election, merged his RLSP into the JD-U after not managing to win a single seat. The JD-U had given him the post of party’s Parliamentary Board President.

“I have promoted many leaders but they talked against us and left the party. The party is not affected with their absence,” Nitish Kumar said.

Asked about Kushwaha’s recent comments, he promptly said: “We have nothing to do with him. He came with us and said something. He is free to say whatever he wants. Don’t ask me about him.”

Besides Kushwaha, Nitish Kumar also hinted that he had given top post to R.C.P. Singh who was a bureaucrat. but he was also involved in anti-party activities. – IANS 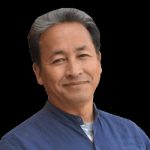 Srinagar, Jan 23 (IANS) The man who inspired Bollywood's super hit movie, '3 Idiots' that motivated millions of his fellow countrymen to think positive and say 'All is Well', is...