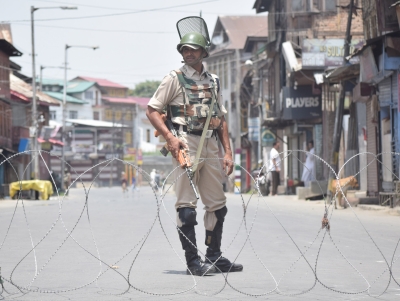 New Delhi, Aug 4: Led by India, and Jammu & Kashmir in particular, Asia suffered the most internet censorship shutdowns in the first six months of the year, a report showed on Thursday.

Internet disruptions and restrictions were recorded in 10 countries — 85 per cent being from India, especially Jammu & Kashmir — making Asia the most internet censorship-intensive region

Asia also led in terms of social media disruptions over the period of seven years in H1 2022, according to cybersecurity company Surfshark.

Out of 72 internet disruption cases in 2022, social media platforms were targeted six times: twice in Europe and Africa, and once in Asia and South America.

Despite a decrease in cases, new Internet disruptions affected more citizens – 1.89 billion compared to 1.54 billion in the last six months of 2021.

Globally, internet restriction cases decreased by 14 per cent in the first half – from 84 in the second half of 2021 to 72 this year.

“We see a positive trend of internet restriction cases going down this half of the year. Nevertheless, the number of countries that use Internet disruptions as a weapon to silence citizens’ unrest remains worryingly high,” said Agneska Sablovskaja, lead researcher at Surfshark.

“Most cases are of national or local magnitude where the internet is slowed or completely shut down, leaving its people without most of their means of communication,” Sablovskaja said in a statement.

In the first half of 2022, Surfshark registered 66 internet blackouts in six countries and territories — Burkina Faso, India (Jammu & Kashmir), Kazakhstan, Pakistan and Sudan.

Internet was shut down locally in Jammu & Kashmir and Pakistan.

In comparison, three countries (Burkina Faso, Kazakhstan, and Sudan) chose to cut down internet connections nationwide, even though it cripples the economy the most.

“The slight decrease in observed nation-scale internet shutdowns in early 2022 follows a period of unprecedented reliance on the internet during the pandemic,” said Alp Toker, CEO of NetBlocks, the global Internet watchdog organisation.

Research shows that social media censorship cases this year spread through all continents.

According to the report, 5.7 billion people in 76 countries have been deprived of Internet access since 2015.

Most of the ongoing restrictions (12) are registered in Asian countries, the report said.

New Delhi: After the abrogation of Article 370 in 2019, the Union Territory of Jammu and Kashmir is awaiting Assembly elections, which are believed to be a major challenge for...

Section 144 imposed in New Delhi district ahead of Cong protest