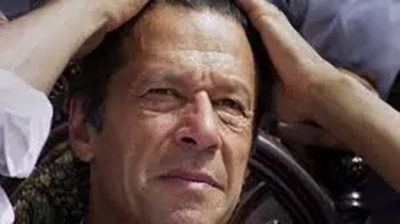 A Pakistani court on Monday accepted an apology tendered by former Prime Minister Imran Khan and dropped a contempt of court case against him, his defense lawyer said, putting to rest the threat of disqualification from politics.

The Islamabad High Court had deferred Khan’s indictment over the contempt case after he apologised to the court in person late last month. A convicted politician is liable to be disqualified from contesting elections and holding a public office for at least five years under Pakistani law, wrote NDTV.

The warrant was issued after the former prime minister failed to appear for a hearing in the case at a sessions court in the capital city.

Thousands of Khan’s supporters from his Pakistan Tahreek-e-Insaf Party (PTI) had taken to the streets across different cities in the wake of the warrant.

Meanwhile, the Islamabad police said on Saturday “rumours” that they had sent 300 officers to Khan’s residence were “baseless”, according to Al Jazeera.

The cricketer-turned-politician was also charged with contempt of court by the Islamabad High Court for organizing a rally on August 20 where he allegedly threatened “action” against Judge Zeba Chaudhry and senior Islamabad police officials for arresting his chief of staff Shahbaz Gill. According to Al Jazeerah, the former PM also accused authorities of torturing Gill in custody.

The former Pakistani PM, however, said his words were taken out of context. The court deferred the contempt proceedings against him after he said he was willing to apologise for his remarks against the judge.

Gill was charged with attempting to incite a mutiny in Pakistan’s powerful military during a TV talk show in August, an allegation that the PTI denies, reported the news outlet.

Imran Khan’s government was removed through a parliamentary vote of no-confidence in April.