Congress presidential poll: Reluctant Gehlot in the fray as Rahul stays away 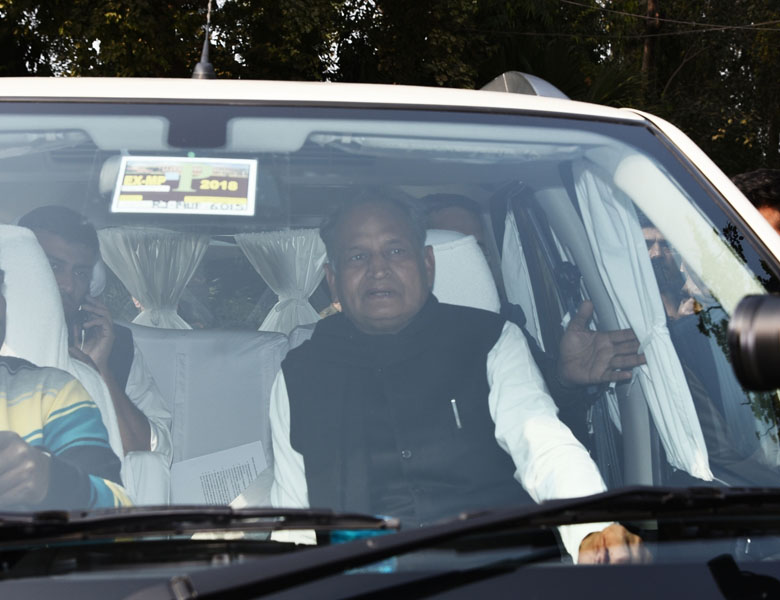 New Delhi: Senior Congress leader and Rajasthan Chief Minister Ashok Gehlot suggested that he will run for the Congress president post only if Rahul Gandhi decides to stay away. Gehlot was speaking to state legislators during a surprise meeting on Tuesday evening. The development comes as the Gandhi family has opted to remain neutral in the current election process.

The grand old party has been beset by internal strife, with multiple top lawmakers stepping down, for months. On the other hand, senior Congress leader Shashi Tharoor has gotten “permission” from Sonia Gandhi, interim Congress president, to contest the election for Congress president. This is a key political development.

Shashi Tharoor met Sonia Gandhi on Monday, conveyed his plan to enter the fray and sought her views on a prospective contest for the top post. He is expected to make a formal announcement once the presidential poll is notified this weekend, according to PTI.

Congress MP’s candidacy will almost certainly reflect a fair election process, but many doubt it will have an influence. Tharoor was a quiet member of the G-23 — the group of Congress dissenters who wanted leadership changes and who in protest against the Gandhi family kept firing off letters. That group is now scattered far and wide. Two of its founders, Kapil Sibal and Ghulam Nabi Azad, have quit the party, heaping calumny on the Gandhi family.

Gehlot on the other hand, is considered to be Gandhi’s loyalist and “good manager”. He has a good rapport with top leadership in the party and is known to be a ‘silent fighter.’ Further, his record as a ‘party man’ has been good. “I will fulfil any responsibility that is given. Post is not important for me,” Gehlot said on Wednesday.

The Rajasthan CM reportedly told his legislators: “If Rahul doesn’t agree, and if the party asks me to do something. I never said no. And if I have to fill the form, I will call all of you.” As per reports, Sonia had already urged Gehlot, a known Gandhi supporter, to lead Congress.

Gehlot, a frontrunner for the top post in the Congress, is trying to maintain control on his home turf to keep out his bitter rival in the party Sachin Pilot. According to The Indian Express, Gehlot has stated that he is a dedicated party member who will follow whatever choice the leadership makes. He is likely to meet Rahul Gandhi in Kerala to persuade him to run for and return as Congress president again. Pilot, who had joined Gandhi on the Bharat Jodo Yatra in Kerala, would leave for his home state by the time Gehlot reaches there, according to media reports.

As of now both, Gehlot and Pilot have evaded a reply on the next Rajasthan CM question. Gehlot said “time will tell” if he continues as Rajasthan Chief Minister. He further said, “One person can remain a minister and also be elected Congress president.” According to NDTV, Gehlot told his MLAs “Main kahin nahin ja raha, chinta mat karo (I am not going anywhere, don’t worry)”, in a clear indication that he has no plans to give up the Chief Minister’s post. He added, “I will do anything that benefits the party, 1 post, 2 posts or 3 posts, I won’t back down.”

The elections are scheduled on October 17. Party members can submit nominations from September 24 to September 30. The results will be announced on October 19, two days after the voting closes. Congress also made substantial modifications to its own election procedures last week. As per the media reports, Congress Central Election Authority (CEA) chairman Madhusudan Mistry said the ongoing resolutions by various Pradesh Congress Committees (PCCs), seeking Rahul Gandhi’s elevation as the party chief, “will have no implications on CEA conducting a free and fair election to the post of Congress president”.

After a gap of 22 years, Congress will hold a presidential election next month, which might result in a non-Gandhi president. Ghulam Nabi Azad, a veteran lawmaker, abandoned the party last month with a damning letter exposing the internal structural disintegration.

“Hate speech is layered… Like killing someone,” says SC, asks why govt is mute spectator