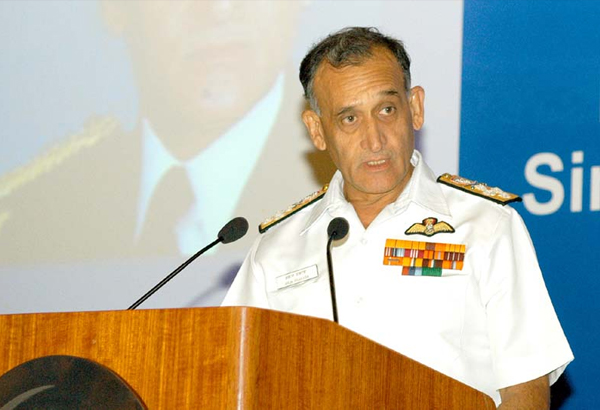 Making an important intervention in the ongoing debate over the ‘Agnipath’ scheme, former Navy Chief and a former Chairman of the Chiefs of Staff Committee, Admiral Arun Prakash, has said that the timing of Agnipath runs the risk of “casting the armed forces – already short of manpower – into turmoil with a radical and untried new recruitment system.”

In an interview to Karan Thapar, for The Wire, Admiral Prakash also said that at best, after 4 year’s service an Agniveer will only be a partially-trained sailor and not ready to fulfill the often technologically-dependent and complex functions required of a fully-trained sailor.

Speaking about the timing, Admiral Arun Prakash said: : “Given the parlous security situation on the country’s northern and western borders as well as the ongoing domestic turbulence, this is not the best time to cast the armed forces – already short of manpower – into turmoil with a radical and untried new recruitment system.”

On its impact on the navy, which hasn’t got anywhere near as much attention as Agnipath’s impact on the army, Admiral Arun Prakash said: “Such a scheme, in its present form, is only suitable for the army whose large infantry component is not excessively burdened with technology. In case of the navy and air force, it must be recognized that at least 5-6 years are required before a new entrant can acquire enough hands-on experience to be entrusted with the operation or maintenance of lethal weapon systems and complex machinery and electronics.”

As a result of these serious concerns, which go to the very core and heart of the Agnipath scheme, Admiral Prakash said it does need to be improved and modified, although he ruled out withdrawing the scheme. However, he made a further point which is very important.

Admiral Prakash said no matter how much this scheme was discussed it should have been carried out on a trial basis before being implemented across all three services with immediate effect. “No matter how excessively the issue was discussed in meetings or on files, a radical change of this nature should have been subjected to a trial before service-wide implementation.”

Once again, Admiral Prakash said the Service Chiefs would have pointed out to the government that such dry runs or trial runs are customary in the armed forces and necessary for a scheme as comprehensive as Agnipath and, again, one can only speculate that their advice was not heeded.

In the interview to The Wire, Admiral Prakash expressed skepticism that commitments made by the Home Ministry, Defence Ministry and Corporate India to provide jobs for retired Agniveers will actually be fulfilled. He also commented on his tweet, in response to Anand Mahindra’s tweet which said “(The) Mahindra Group welcomes the opportunity to recruit … Agniveers”. In response, Admiral Prakash tweeted: “has the Mahindra Group so far reached out to thousands of disciplined and highly skilled ex-officers and jawans who are desperately seeking for a second career?”

Admiral Prakash agreed that because, as their 4 years end Agniveers will be in competition with each other to try and ensure they are retained and, at the same time, also worried about what happens if they are not, this has the potential to create worrying rivalries and even poor relationships between soldiers rather than camaraderie and esprit de corps. If that happens it will impose a further level of concern and worry on the three services themselves.

Finally, Admiral Prakash strongly called for a national security strategy which, he said, India “has neglected to undertake … in the past 75 years”. As a result, he said, three critical questions do not have credible answers. “(a) Where do we stand? (b) Where do we want to go? (c) How do we intend to get there?”