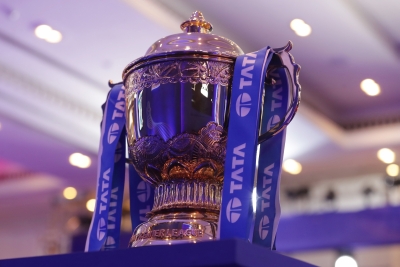 New Delhi: Despite a drop of around 30 per cent in viewership in the recently concluded 15th edition of the Indian Premier League, broadcast heavyweights went all out to snap up five-year media rights for a steep 48,390 crore at the electronic auction.

This is almost a threefold increase from the last auction held five years ago.

The Indian Cricket Board (BCCI), which owns the lucrative and controversial IPL, sold four media-rights packages in the auction that began last Sunday. Disney Star, which holds global IPL media rights till 2023, won television rights for the Indian subcontinent in Package A, while Viacom18 won digital rights for the region in Package B.

Viacom18 also won Package C, comprising non-exclusive digital media rights to 18 matches. In Package D, which includes TV and digital rights for the rest of the world, Viacom18 got Australia, South Africa, and the UK; and Times Internet won the Middle East and North Africa region and the US.

Though both the TV rights and digital media rights auctions closed last Monday, with Disney Star and Viacom18 winning them, respectively, for ₹23,575 crore and ₹20,500 crore each, BCCI formally handed the Letter of Intent (LOI) to the winning parties after a day, last Tuesday.

Going purely by stats, the recent IPL season witnessed a massive fall in viewership during the last four weeks. Each of these weeks showed about a 30-35 per cent fall compared to last year’s figures.

Going by the insiders’ version, many of the advertisers were believed to have queued up outside Disney Star offices to demand their money back. There were various reasons cited for the falling numbers, but one of the major reasons was the poor showing of two big teams, Mumbai Indians and Chennai Super Kings.

Also, the poor performances by stars like Virat Kohli, Mahendra Singh Dhoni, and Rohit Sharma contributed to this chaos.

However, one must understand that the fall in viewership has been consistent since it witnessed a peak in 2020. The experts attributed this fall in viewership to the fact that most of the eyeballs migrated to OTT (Over The Top) platforms. That’s why BCCI decided to have four different segments up for auction. BCCI’s move to split up the TV and online rights has finally paid rich dividends and has worked as a big game-changer for the IPL.

That’s how while Disney Star retained the TV rights for the subcontinent. But it was the digital rights that made everybody’s eyes pop, with Mukesh Ambani’s company Viacom18 going all out to secure it for more than what Disney Star paid to the BCCI.

Viacom18 not only got the exclusive rights for the subcontinent but also got the digital and TV rights for the United Kingdom, Australia, New Zealand, and South Africa.

At a time when the stock market is crashing in India, one would say that a rise in IPL figures would well be a loss-making proposition.

But look at how market experts are counting Viacom’s 18th move as a gamechanger. Going by an insider account, Viacom18 can do far better than a TV broadcaster (Disney Star) by piggybacking on the Jio network. There is no denying that Jio has a smartphone user base of close to 379 million. With a smartphone user base of over 500 million in India, Viacom18 is banking on it reaching 700 million soon.

And the company feels that in today’s world, it is not necessary that you sit in your drawing room or bedroom to watch the IPL. Sporting content is mostly being consumed much more through OTT. That means the number of people watching IPL matches on cell phones, tablets, laptops, iPads, and other similar gadgets has been growing consistently.

That’s how the IPL has now become much more valuable as a sports franchise than the English Premier League (EPL) or the National Basketball Association (NBA) in the US.

Is IPL the only one?

The IPL is a crazy product which both people and team owners love. One reason for this is that the IPL is the only league where teams (franchises) make money whether they win or lose.

That’s because of the rule that “50 per cent of the total revenue generated from the media rights auction will be distributed equally among the 10 IPL franchises”.

It was only a few months back when the size of the IPL was increased from eight teams to ten teams that people started talking about “too much fatigue” for both players and viewers. However, neither the BCCI nor the teams’ approach has changed because of this reason.

In fact, having watched the just concluded edition of the IPL, one could well say that “any amount of cricket played and watched seems insufficient”.

The only ones who are crying foul are the old-timers or the purists who are witnessing a sharp decline in the quality of cricket, especially in the batting and bowling departments. But all this has failed to make an impact on either the BCCI or the players.

The new generation of players are only preparing for the T20 style of cricket. They are only bothered about making money, even at the expense of sacrificing orthodox cricket. And why should any player be complaining when even Indian selectors have started picking teams on basis of their IPL performances?

However, the other sports in India are surely going to face the heat in the wake of such high cricket telecast rights. All corporate houses worldwide have a limited amount of money to be spent on TV or newspaper commercials. With the IPL selling TV rights and digital rights at astronomical sums, there would hardly be a choice left for major corporate houses to divide money between cricket and other sports.

Despite this, companies with telecast rights will find it difficult, if not impossible, to break even over the next five years.

For example, the Disney Star company, as per an estimate, was making a loss of about ₹15 crore per match till now when they were to pay roughly ₹35 crore per match. Now that the IPL rights have gone up by as much as ₹105 crore per game, it would be foolish for anyone to imagine that the same company would be able to come close to breaking even in the next five years.

Another significant challenge for the BCCI is keeping the IPL clean and away from the illegal ‘betting market’.

Legally speaking, there can be no legal betting in India. Even promoting betting is banned in India. Yet, everyone knows that the illegal betting market flourishes during the IPL. And the possibility of team owners or other stakeholders engaging in illegal betting in order to reduce losses in their respective businesses cannot be ruled out.

For the time being, when digital rights have surpassed TV rights for the first time, it will be interesting to see how much Viacom 18 can innovate in order to mobilise massive amounts of money into its digital platform.The battle will not just be interesting but also decide the way for future telecast rights!